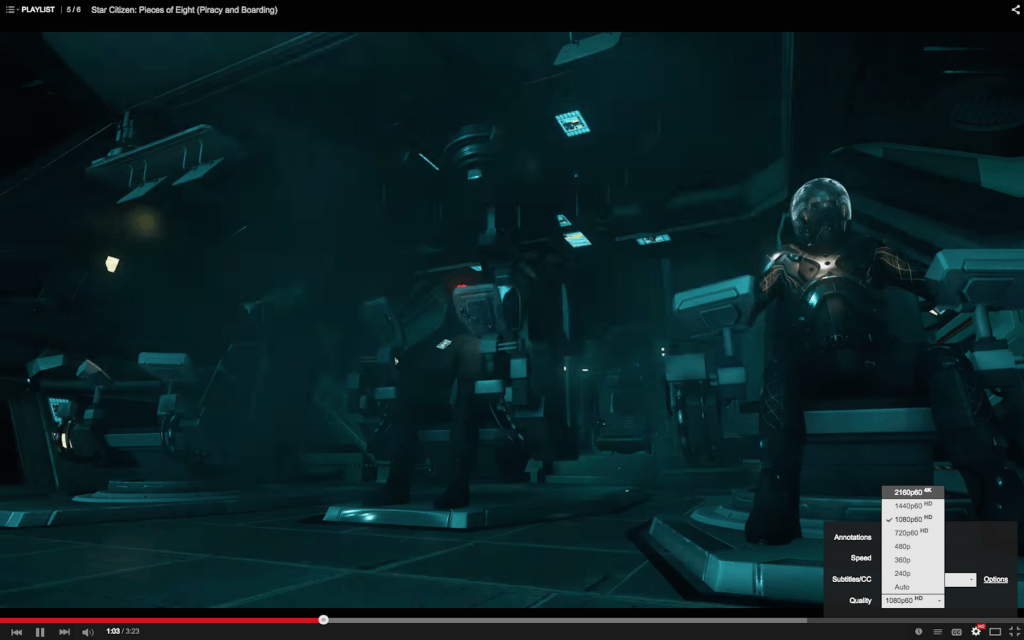 Just recently, YouTube tested out new features, such as 360-degree videos and a multi-angle feature, and the very popular video site has now begun experimenting with 4K videos playing at 60 frames per second. The service has added six of these videos in a playlist, which you can find here.

You need Google Chrome to view the videos and they feature a variety of different content, such as a volcano eruption and a music video. You can also view the videos at lower resolutions, such as 1080p and 1440p with 60 frames per second, and they look beautiful on these displays. However, problems arise when we move over to 4K resolution.

First of all, most people do not even own a 4K display, so the 4K footage will not display properly. The other problem is bandwith. Watching a 4K video requires a lot of bandwith, so be prepared to watch the spinning buffer animation for quite some time.

Like HDTVs were new and exciting in the past, 4K needs time to become affordable to be the new standard for display resolutions. It is slowly being added to a few services, like DirectTV, Netflix and Amazon Instant Video, but right now, a 4K display is still and expensive purchase and only those with deep pockets can afford to both buy a 4K display and have the appropriate bandwidth it takes.

YouTube already supports both the resolution and frame rate individually, even though it is still in its experimental stage. The company, which is owned by Google, already announced in 2010 that it could support 4K videos and last year, support for 60 frames per second was added. However, a combination of the two will still take some time to be fully implemented throughout YouTube. Nevertheless, content for a new product is always an important issue for early adopters, and while at this time there are only six videos with 4K and 60 frames per second, it gives people another glimpse of what YouTube has in store for its viewers.