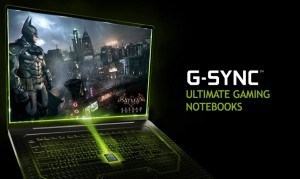 We may not all be gaming on a desktop. A lot of people actually use their laptop as their main gaming device, but they can currently not enjoy one of the most important benefits that PC gamers can: a gaming monitor. Now there’s good news for laptop gamers: G-Sync. Nvidia’s variable refresh rate technology, will soon be supported for laptops. There’s also good news for desktop gamers and laptop gamers alike: windowed mode will also be fully supported by G-Sync and running games on windowed mode with G-Sync won’t even perform worse than if it was full screen.
If you’re a desktop gamer and you’re looking for a complete and updated list of the current G-Sync (and FreeSync) gaming monitors, then take a look at our list of current G-Sync and FreeSync monitors.

Now back to the laptops: Asus, Gigabyte, Clevo and MSI will be the first to use 75Hz refresh rate panels with G-Sync support. The new laptops will all use the latest mobile GPU’s from Nvidia, which ranges between 965M and 980M. Nvidia has said that they will show 12 models at CES, but they only revealed the following ones: 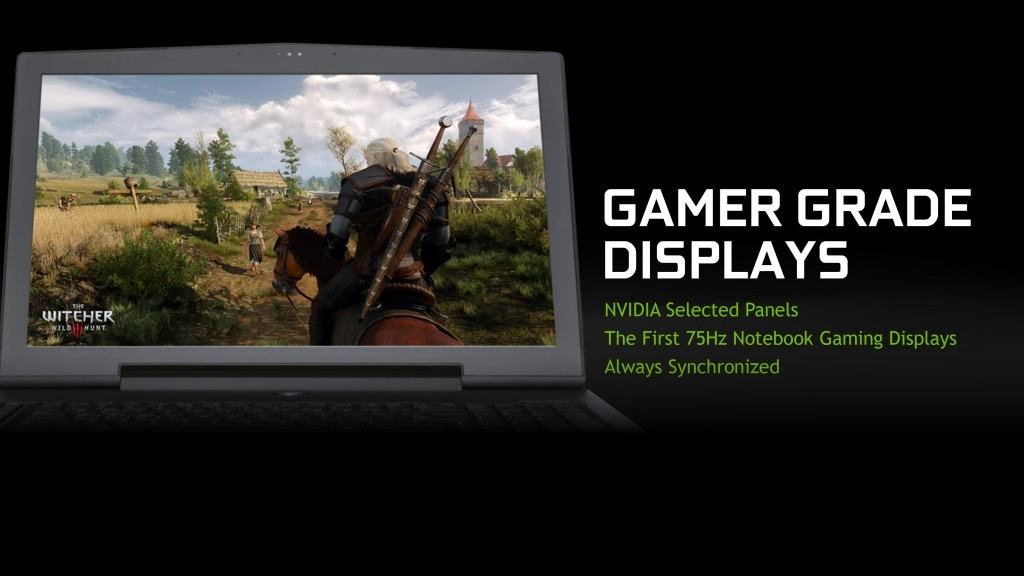 You may not have seen any laptops from Clevo yet, and there’s a good explanation for that. Laptops from Clevo are often modified and rebranded by other popular and large laptop manufacturers, so there will most likely be released a range of other laptops with the same specs as the two Clevo laptops listed above.

Nvidia has not announced whether a price premium will be added to the cost of the new G-Sync laptops, but they will most likely not have the same premium as G-Sync monitors do. The premium for G-Sync monitors can be US$200 or even more. Nvidia has announced that the G-Sync module, which is required in G-Sync monitors, won’t be needed in G-Sync laptops. The reason that G-Sync monitors have a G-Sync module is because the monitor scalers were not built to control variable refresh rates and color response the way that Nvidia wants. Laptop computers do not have scalers, because they do not need to support several options for inputs. That essentially means that there is a direct link between the GPU and panel on a laptop.
These 75Hz monitors will also cost more than the standard models for sure, since they were tested to hit 75Hz with G-Sync.

And now to the desktop users: Nvidia has also announced that G-Sync will support games in windowed mode in an upcoming driver update. G-Sync is, as the date of this writing, currently limited to fullscreen mode, and Nvidia has also stated that there will be no performance difference between fullscreen and windowed mode. We tested The Witcher 3: Wild Hunt at the demo with the two modes and could not notice any difference between them. 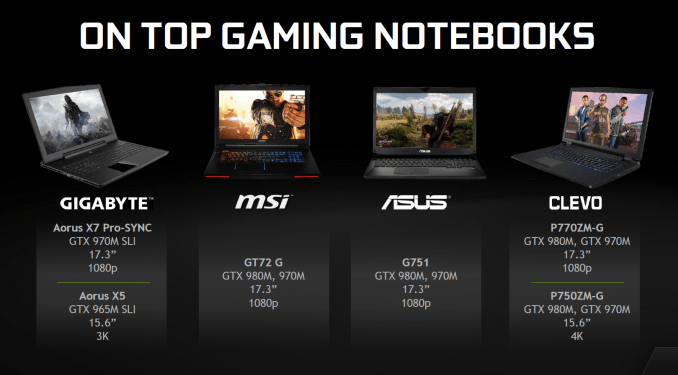 This is indeed good news for both laptop and desktop gamers. Mobile G-Sync is going to be available starting in June 2015 with the laptops mentioned here and some other revealed G-sync laptops that have not been revealed yet. Keep an eye on Amazon, Newegg and other stores this month if you’re looking to buy one, as they should be available pretty soon.

What’s your opinion on G-Sync? Have you tried it?