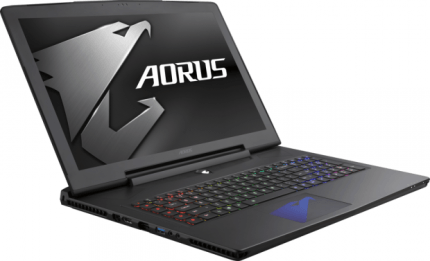 As some of you already knows, Nvidia will now be able to deliver GTX 1080, GTX 1070 and GTX 1060 graphics cards into laptops and they are at the same time dropping the “M” suffix. These laptop GPU’s will, in terms of performance, be equal or even better than their desktop counterparts, which is why NVIDIA no longer wishes to use the “M” suffix anymore. Also, NVIDIA announced G-SYNC for laptops over a year ago and these new laptops will of course also feature this very useful feature.

Some pleasant news for laptop gamers (either full time or just occasional) are that new and exciting laptops will be coming very soon. You will see light 4K gaming laptops to 120Hz 1080p gaming displays. Some of the upcoming laptops will feature a 1440p resolution and the Aorus X7 v6 laptop will even feature a 120Hz refresh rate alongside that. All these gaming laptops will of course also support NVIDIA G-SYNC, which will eliminate screen tearing without any performance costs. This 17.3-inch gaming laptop with GTX 1070 graphics card and an overclocked Intel Core i7-6820HK processor, a M.2 SSD, USB 3.1 Type-C and HDMI 2.0 connectivity certainly sounds awesome.

Gaming monitors hit 1440p 120Hz a long time ago (now at 144Hz and even 165Hz with G-SYNC overclock) and it seems that laptops are coming there too with the new 120Hz 1440p laptops. Now we just need consoles to do the same.