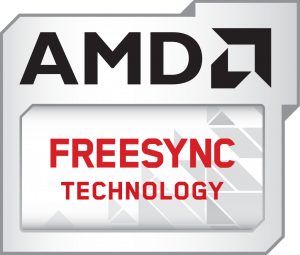 We will be seeing a lot of TVs with AMD FreeSync support soon. Very soon, actually, according to Richard Huddy, who is a Chief Gaming Scientist at AMD. Since Adaptive Sync was added to the HDMI standard here in 2016, he expects that televisions will soon adopt the feature too, because it will be an easy thing for TV manufacturers to do.

AMD FreeSync will be coming to all kinds of TV’s: HD TV’s, Ultra HD TV’, you name it. Gamers with AMD FreeSync on their monitor should have the same experience on their TV’s as well, and this is certainly good news for gamers who prefer to play on their TV’s instead in the living room perhaps. Huddy expects we will see the first AMD FreeSync TVs come to market already this year. With AMD FreeSync, you will not notice screen tearing in your game and it will not cost you any performance at all.

Adaptive Sync is the name of the industry standard and FreeSync is AMD’s own branded version of it. It does not require any extra hardware to be added to the monitor or TV since it works with DisplayPort or HDMI 2.0 directly. NVIDIA’s G-SYNC technology achieves same result, but they use their own proprietary hardware, which increases the price of the gaming monitor with $100 usually.

These statements are not officially from AMD, but from Richard Huddy himself. He clarified that after leaving people excited for about 15 minutes, where he withdrew his statement and noted that they were his own speculations, not AMD’s. FreeSync TVs are certainly interesting and we hope to see them in the future.

So what do you think? Do you use a TV as your main display source for gaming? Will you be getting a FreeSync-compatible TV in the future?