By Eddy BakerJanuary 6, 2017 No Comments 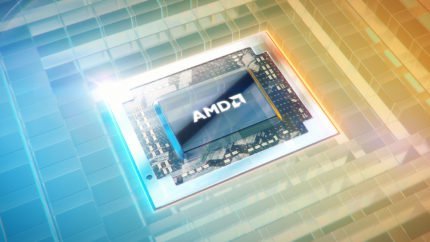 By the looks of it, the big trend in 2017 is HDR (High Dynamic Range). It’s no longer an exclusive for TV’s anymore as AMD has now announced FreeSync 2, which adds support for HDR. By combining HDR and a dynamic refresh rate technology, you will ultimately get a smoother and better-looking picture with vivid colors with FreeSync 2. With this, AMD seeks to standardize HDR support on Windows. The technology is there on Windows 10 and it works, but it’s a laggy experience because HDR10 is required to do tone mapping twice. (from the display’s pipeline and from the pipeline to the display’s color space). FreeSync 2 will handle this directly in the hardware, which is the GPU. This ultimately makes HDR easier to use in modern games. Wonder what HDR will look like in games? Here’s a slider that you can use interactively to see the difference between HDR and non-HDR content. It’s pretty amazing. We’ve seen two 144Hz 4K G-SYNC HDR gaming monitors revealed at CES 2017 already so the future for gaming monitors looks bright.

FreeSync 2 also allows for mode switching, so that in the Windows desktop, you will be using standard sRGB color in most cases and in HDR-supported games, you will be using HDR. AMD really wants the GPU to take over the tone mapping and they have partnered with monitor manufacturer’s to allow them to do this.

Furthermore, FreeSync 2 requires support for a minimum refresh rate of 24Hz, which is a good thing because LFC (Low Framerate Compensation) can then be supported, meaning that you will not be bothered as much when the frame rate is low. The current cut-off for FreeSync is 30Hz.

FreeSync 2 will be rolling out in the first two quarters of 2017 and will be backwards-compatible to regular FreeSync-compatible AMD graphics cards. This includes the Radeon RX series based on the Polaris series. And of course, AMD’s new VEGA graphics cards will support it too. The future for gaming monitors looks bright by the looks of it.