By Jack YoungDecember 8, 2016 No Comments 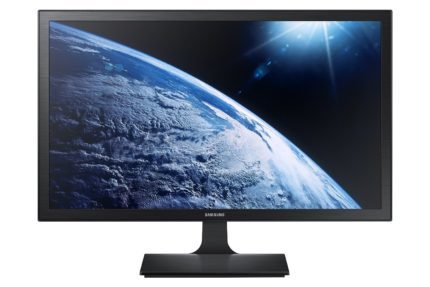 This Samsung S24E310HL review isn’t going to sugar coat anything, because when I spend my hard-earned money, I expect a decent return of sorts. In this instance, I was relatively happy with the product; and I’m going to talk about why that is. With immaculate picture quality and a knack for sticking around, this is a monitor that I thought was going to keep me happy for quite some time. I noticed that they implemented Magic Upscale Technology, which was complete gibberish to me at first – hopefully I can keep you guys just as aware as I am now.

The specifications of your monitor are going to mean a lot, which is why I made sure to look at them before anything else. Sure, the features are good to look at, but the specs themselves are going to show just how powerful a monitor can be. It’s going to let you know about the response rate and such, as well as native resolution (among many other things). The main specifications are as follows:

The monitor offers up a decent panel type, and awesome native resolution – but what about the features? What does it all mean? If you’re asking yourself these sorts of questions, never fear; I’ve got you covered.

Since the panel type is VA, you know that the image quality is going to be awesome – the only problem with this type of panel is the color. It’s not terrible by any means, but it’s not as good when compared alongside the other available panel types (like IPS or TN). VA stands for vertical alignment, and is one of the most optimal panel types that a monitor could use; that’s why it’s such a popular choice. When you pair this with the 8ms response time and 16.7 available display colors, this isn’t a monitor that lets me down.

When it came to playing video games, I loved the way everything looked. I had all my settings maxed out and I never noticed any sort of choppiness, color problems or anything of that nature. VA panels allow you to get the most out of your viewing angles, so it’s a surprise that VA doesn’t stand for “viewing angle” (corny, but I had to make it). All in all, the image quality was stellar and I didn’t have any complaints (not any major ones, at least). 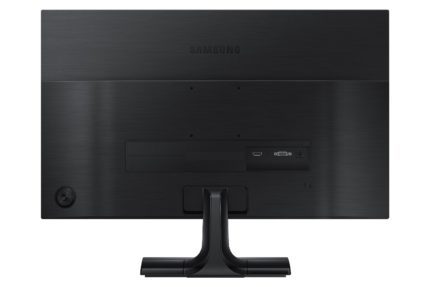 There’s one HDMI output present with this monitor, so it means that you could even go about using it in your living room if you’d like. I used it for my computer, personally, but I still hooked it up with ease – even if you own a laptop, this monitor could be a nice extension of your workspace. Every single computer these days has an HDMI port implemented within, and most cable/satellite networks will support HDMI as well.

Not only is this one of the easiest monitors to hook up, but it’s also one of the most versatile. Although it does lack a VGA port, it’s still going to be a viable option for most households. Personally, I wouldn’t have minded a few more additional output ports – compatibility is somewhat hard to come by these days. There’s a D-sub connector available, and the IVC (Input Video Compatibility) is digital and Analog RGB.

Any monitor that is worth its weight in gold will have an abundance of features to benefit from, and what kind of Samsung S24E310HL review would this be if I didn’t look at the most important ones? Samsung is a respected technological company, so I was going into this situation with high hopes! The most obvious (and beneficial) features would have to be:

The response time was something I was very fond of, as it meant that I would never lag behind online (well, my image wouldn’t hang behind, at least). If you’ve ever played a rhythm game you know that the “Game Mode” setting can be really important, and that goes for pretty much any other video game on the planet. It’s a life save that could help you avoid untimely deaths or mess-ups, which was a big deal in my position; I love playing video games! The eco-friendly portion of this monitor is key, especially if you’re the type of person who only supports products of that nature. If that’s the case, you don’t need to worry about this model.

With everything I’ve talked about in this review, there are a lot of positive traits to this monitor. I know that it’s personal preference most of the time, and a lot of readers may not like what I must say – but that’s just my opinion alone! There are always going to be plenty of opportunities for you to find other monitors. I loved the Samsung S24E310HL, and it’s been keeping me on a gamers binge for at least two weeks now. I don’t want to stop! This doesn’t mean there aren’t better options out there, this is just the one that I happened to go with, personally.

This 25” monitor brings a lot to the table in terms of response rate and native resolution, which is a good sign. It leads me to believe that this monitor is going to stick around for more than a year or two, which is nice for the frugal buyers out there. Whether you want to watch a movie or just play some video games after a long day at work, this monitor can help deliver a good and entertaining experience.
Don’t believe me? Try it out for yourself and you’ll see exactly where I’m coming from.