By Michael JohnsonOctober 7, 2017 No Comments 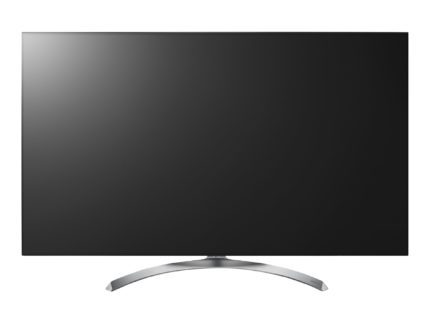 Besides offering everything you’d expect from the high-end smart TV, these giant and gorgeous screens ensure a responsive and immersive gameplay experience as well.

In short, the LG Nano Cell TVs are the next best thing to OLED TVs yet they’re available at half the price.

Based on LG’s 10-bit IPS panel, the LG Nano Cell gaming TVs deliver accurate and consistent colors across the entire screen. Generally, the Nano Cell technology is LG’s version of the quantum dots which extends the color and contrast range. The LG 55SJ8500 and the LG 65SJ8500 cover 95% of the DCI-P3 and 71% of the Rec2020 color spaces, ensuring cutting-edge color quality.

Naturally, the TV offers 4K UHD resolution for the impeccable image sharpness and clarity which along the HDR (High Dynamic Range) support earns it the Super UHD resolution title.

The Dolby Vision provides you with the scene-by-scene enhanced image quality allowing you to enjoy the compatible content the way its creators intended. When it comes to the HDR content, the image is rendered by the LG Nano Cell display itself for the improved picture.

Overall, the image quality is absolutely flawless when viewing the supported content while the 4K Upscaler makes any other content more enjoyable. Since it’s a smart TV, after all, you’ll be able to enjoy the state-of-the-art content via Netflix, Amazon, and similar high-quality streaming applications. 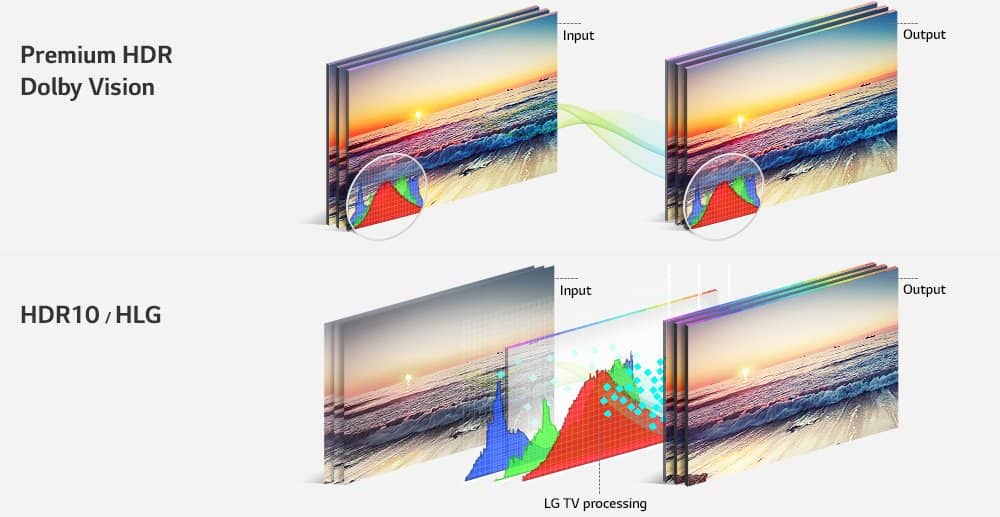 What makes the LG Nano Cell smart TV the best TV for PC and console gaming is its impressively low input lag of only 15ms. Most TVs provide you with over 40ms of input lag which results in a noticeable delay between your commands and the reaction on the screen. Ultimately, this makes gaming on TVs a rather annoying experience.

The LG Nano Cell displays feature the Game Mode which bypasses certain image processing to drastically reduce the input lag. Though the image quality is reduced to 4:4:4 8-bit format, 4K resolution and HDR are still supported giving you an amazing image quality as well as smooth performance on a gigantic smart TV.

The response time speed amounts to around 13ms which is considerably slower than any modern monitor’s speed though motion blur and ghosting is hardly noticeable even in fast-paced games. Naturally, the trailing of the fast moving objects is visible in comparison to gaming monitors. So, the LG Nano Cell isn’t suited for competitive FPS gameplay, as expected.

The TV is also capable of delivering 120Hz at 1080p, though it’s achieved through PWM interpolation which isn’t all that beneficial to gaming. Overall, the LG Nano Cell displays perform in video games as good as 60Hz IPS gaming monitors albeit with a tad slower response time speed which is acceptable due to the TV’s size, among other things. 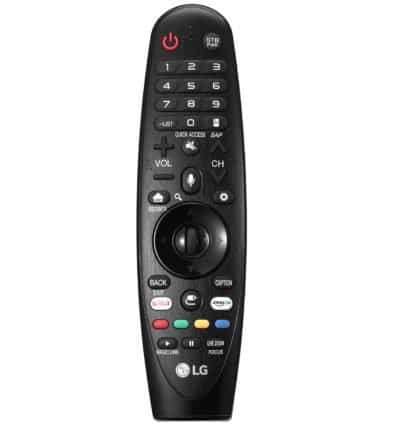 The LG Nano Cell includes everything modern smart TVs offer including the built-in WiFi, Bluetooth, Voice Command, HDCP 2.2 and a plethora of connectivity ports. The webOS 3.5 offers a user-friendly interface which allows you to intuitively and effortlessly navigate through all of the smart TV’s features and gimmicks.

The provided ‘magic’ remote works as a mouse cursor when pointed to the screen. It also has a built-in voice control and shortcut buttons for Amazon and Netflix streaming apps. Additionally, you get over a hundred integrated free TV channels.

Connector ports include four HDMI 2.0, one RF (antenna/cable), an Ethernet RJ45, AV Composite, Optical Audio-Out, and the Rs232. Additionally, there are two downstream and one upstream USB 2.0 ports as well as two 20W (with 20W woofer) built-in Harman Kardon 2.2 speakers.

The LG 55SJ8500 IPS smart TV design is charmingly thin with narrow bezels and premium build quality. As expected from a TV, there are no ergonomic adjustments available though you can VESA mount it via 300 x 300 holes.

At the moment (October 2017), the LG 55SJ8500 price is $1,000 while the LG 65SJ8500 costs an extra $400. The hefty price is quite reasonable given the TV’s attractive design, the plethora of connectors and features, and the impeccable 4K UHD resolution with HDR and Dolby Digital support. Add to that its unmatched input lag performance, and it’s a pretty sweet deal altogether.

Within this price range, you could get either the 27-inch Acer Predator XB271HK ($700) or the 32-inch Acer Predator XB321HK ($1200) 4K gaming monitors with Nvidia G-SYNC technology. Thanks to the variable-sync as well as the faster input lag and response time speed, the gameplay experience on these gaming machines is a lot smoother.

However, you won’t get the clarity and intensity of the HDR and nano cell technology nor obviously, any of the smart TV exclusive features including its gigantic screen size. So, it all depends on what you personally prefer.

Overall, the LG Nano Cell display is a flawless smart TV and the perfect gaming TV for both PC and consoles such as Xbox One and PS4 Pro. For now, it’s matched only by the twice as expensive OLED TVs.

Essentially, when it comes to gaming, it performs as a huge IPS panel gaming monitor with 60Hz, solid input lag performance, and a bit slower response time speed. Then, after you play some content worthy of this TV, you can enjoy the flawless image quality achieved by the Super UHD resolution and HDR Dolby Vision support.

As far as TVs go, the LG Nano Cell is absolutely perfect with the added bonus of smooth PC gameplay. It’s that something you’re after, look no further.

If you want something even better, you’ll have to invest in an OLED TV or the upcoming 4K HDR 144Hz gaming monitors or perhaps one of the 200Hz ultra-wide QHD displays with G-Sync HDR.

The LG Nano Cell Display 2017 series TVs deliver the impeccable image quality due to the Super UHD resolution which consists of 4K and HDR, Dolby Vision support. Additionally, the Nano Cell smart TV offers premium build quality, attractive design, and all the smart TV-related features as well as the Game Mode which makes the TV ideal for PC and console gaming as well.