By Roger CrawfordJanuary 20, 2017 No Comments 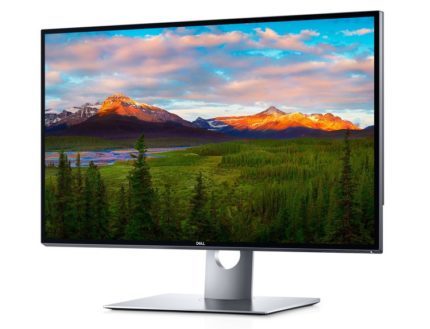 Besides announcing the world’s thinnest monitor, the Dell S2718D, Dell also revealed another ground-breaking monitor at the CES 2017, the Dell UltraSharp UP321K. It will be the world’s first 8K monitor that will be available for everyone to purchase on March 23 for $5000. Full specifications are still unknown but we will share with you the ones we know so far; they will unquestionably amaze you, to say the least.

Dell has certainly outdone themselves this time. Although there are some 8K TVs available throughout the world, none of them are actually purchasable online like the Dell UltraSharp UP321K will soon be. If you think that spending $5,000 for a monitor that cannot be supported by any currently available graphics cards is not practical, you’re not entirely wrong. This monitor is intended for the high-end professional graphic designers, engineers, video editors, and architects. As for video games, we won’t be able to see how games perform on this 8K display at least for a few years once the next generation graphics cards are released as well as the compatible video games.

Nonetheless, we can still gaze upon this beauteous monitor and admire what it will be able to deliver. The 8K resolution is four time the 4K resolution, allowing you to watch four different 4K videos on the same screen. Having such insane resolution on a 32-inch display will result in a stunning 280 pixel per inch density which no other monitor even comes close to. In combination with 33.2 million pixels, the image quality on the Dell UltraSharp UP321K will be unprecedented in details.

The panel type of this amazing 8K monitor is still unknown. We can assume that it will most likely feature an IPS panel as we know that the viewing angles will amount to 178 degrees. We also know that it will arrive at its users factory calibrated with the calibration report. Moreover, it will cover 100% of the sRGB, Adobe RGB, and Rec709 color spaces as well as 98% of the DCI-P3. The 10-bit panel with 1.07 billion colors will also cover over 80% of the Rec2020 color space.

The Rec2020 covers up to 75.8% of the CIE 1931 color space while the DCI-P3 covers 53.6% of the same color space. Naturally, this results in significantly better and deeper colors levels that will appeal and charm a variety of different content creators allowing them to create content with more details than ever before possible.

Another statistic that is unknown to us, at the moment, is the response time speed. Such feature may not be critical anyway as the Dell UltraSharp UP321K isn’t intended for gamers but professional editors. While the response time will certainly be fast enough to eliminate ghosting in the everyday use and editing, it probably won’t be quicker than 4ms which is the limit for IPS panels, at least for now. 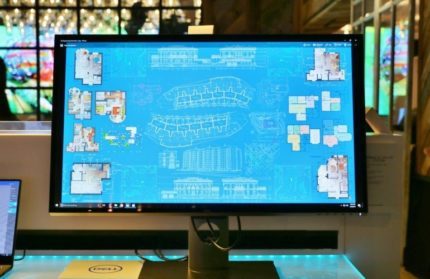 The design of the Dell UltraSharp UP3218K will feature an all-aluminum frame with only 9.7 mm thin bezels. You will also be able to tilt, swivel, pivot, and height adjust the monitor. The overall appearance of the monitor is nothing new and features the Dell trademark look – if it’s right, why change it? The ergonomic features demonstrated at the CES showed smooth movement. However, the actual degrees of the tilt and swivel abilities, as well as the amount of height adjustment capacity, are unknown. There is no doubt that they will be satisfactory, nonetheless.

As far as connectivity is concerned, we only know that the Dell UltraSharp UP3218K will have two DisplayPort 1.3 ports. In fact, in order to successfully push the 8K signal at 60Hz, you would need both DisplayPort’s bandwidth, yet even that wouldn’t be enough as there would be no extra bandwidth left for the support of the HDR or Rec2020 color spaces. The monitor will also have four USB3.0 ports and an audio line-out. There is no information regarding the HDMI port, however, we feel that it’s important to note that HDMI announced the HDMI 2.1 port at the CES as well. The HDMI 2.1 will be able to support the 8K resolution.

Once the Dell UltraSharp UP3218K is released on March 23rd, it will be available for $5,000. The price tag may be shocking but if you consider that you’re buying the state-of-the-art technology which equals to four 4K display, the price does make a bit more sense. Besides, the price will most likely drop by the time compatible graphics cards are released as well as video games that support 8K. Until then, only the high-end professionals will be able to make full use of it and enjoy the beauty of the Dell UltraSharp UP3218K.

The 8K resolution of the Dell UltraSharp UP3218K along with the unprecedented 280 pixels per inch density and whopping 33.2 million pixels will allow the wide range of professional designers of all sorts to get their work done to sheer perfection. As far as the regular users and demanding gamers are concerned, they will still have to wait a few years until more powerful GPUs are released that will support 8K video games and various software. To many, this 8K monitor is but a glimpse into the future, so that we may know what to expect and hope that one day monitors such as this one will become more affordable.

The Dell UltraSharp UP3218K will be the world’s first 8K monitor once it’s released in March 2017. For $5000 as of March 23rd, you will be able to possess the ultimate, state-of-the-art technology for various content creation and enjoyment in the picture quality that will leave you speechless.