By Jacob JohannsonJanuary 16, 2017 No Comments 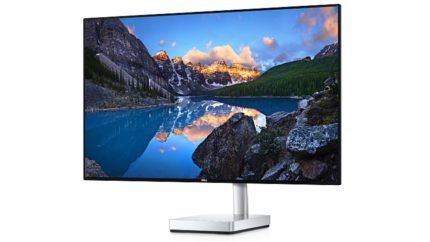 Dell announced the Dell S2718D monitor at the CES this year, dubbing it as the world’s thinnest monitor. It features a 2560×1440 resolution which is a bit disappointing in comparison to the other 4K displays announced at the CES. However, it will offer some exciting features including the USB type C port, entry-level HDR compliance, and the ultra-thin design. It will be released on March 23rd of 2017 but we will share the information we have so far, nonetheless.

The Dell S2718D will deliver stunning image quality with vivid and intense colors thanks to its IPS panel and HDR (High Dynamic Range). Although its dynamic range seems a bit lower than those of the most other monitors announced at the CES, it will hence be more affordable and ideal for semi-professional designers. The color gamut amounts to over 99% sRGB, however, we still have no information regarding the coverage of the Adobe RGB color space.

Even though the Dell S2718D offers only 1440p resolution unlike its rivaling 4K monitors, it will still deliver a vibrant and immersive picture quality due to the high pixel density on this ultra-thin 27-inch monitor. The HDR10 means more vivid colors and a deeper contrast ratio which results in a brilliant image quality that will pop out thanks to the ultra-slim design.

The response time of 6ms is a bit disappointing as well. It will be enough to eliminate ghosting and blurring in the everyday use of the computer but insufficient to do so in the fast-paced video games. The fact that the Dell S2718D has only 60Hz will also disinterest some professional and demanding gamers but it seems clear that this monitor isn’t intended for them

The only reason behind that is the price of the monitor as gamers would be able to purchase a gaming monitor with 144Hz and the adaptive sync for that money. However, that doesn’t mean that video games wouldn’t look spectacular on this ultra-thin and sleek beauty, they just wouldn’t run as smooth and fluid as they would on an equally priced gaming monitor.

The Dell S2718D will also have the ComfortView feature. This feature ensures low levels of the harmful blue light and thus allows you to enjoy the image quality for hours without straining your eyes. In addition to the 178 degrees viewing angles of its IPS panel, the viewing experience will certainly be comfortable by all viewers in the room. 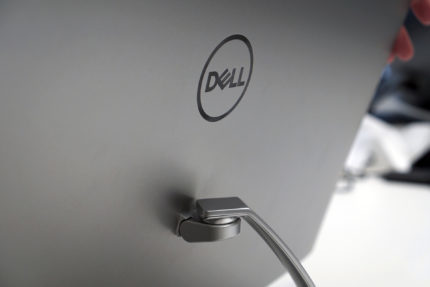 The most interesting aspect of the design is that all the hardware is stored in the base of the monitor rather than behind the screen. This unordinary design allowed the Dell S2718D to have such thin overall appearance; in fact, the monitor is only around 7mm thick. The specific design of this monitor also takes its toll on the ergonomic functionalities as it will only be able to tilt and swivel.

Unlike most of the monitors that feature a matte screen coating, the Dell S2718D will have a glossy surface with some anti-reflective protection. The reason behind the glossy surface is the more clear and vibrant picture quality that won’t be dimmed as it would be with a matte surface. This might cause some issues with the reflection but you can always pull over the curtains, right? After all, you do get a more sleek and immersive image.

The Dell S2718D will feature the latest USB type C port which allows for simultaneous charging of your laptop/Mac and file transferring besides streaming the video signal. However, the USB-C port will only be able to push up to 45W which means that you won’t be able to charge the 13-inch and 15-inch MacBook Pro models. The Dell S2718D will also have an HDMI 2.0 port and an audio line-out jack for headphones or speakers.

The indicated $700 price will cause many to think twice whether they should opt for the Dell S2718D or a 4K display. Nevertheless, everything has its price and so does the “world’s thinnest monitor”. This state-of-the-art design brings us a step closer to the science-fiction literal border-less displays. Besides, unlike most of the HDR10 monitors, the Dell S2718D appears to be one of the most affordable ones which will along its design deliver an immersive HDR viewing experience for a reasonable price.

The Dell S2718D will obviously not be the choice for the gamers as it only features 60Hz, 6ms response time, and no adaptive sync technology. However, it may be the ideal monitor for the semi-professional and aspiring designers due to its IPS panel’s color accuracy and consistency that covers over 99$ of the sRGB color space. Moreover, the HDR10’s enhanced contrast and color spaces will embellish the picture quality with more vivid and vibrant colors.

The implementation of the latest USB type C port makes this monitor ideal for laptop/Mac users as they’d be able to replace a bunch of cables with just one, allowing them a more practical and comfortable experience. At the end, this ultra-thin monitor with border-less design and a glossy surface will deliver a flawless and crystal-clear picture quality overflowing with clarity and vibrancy.

The Dell S2718D will deliver a brilliant and crisp picture quality on its insanely thin design. It may seem that you’re paying a lot just for the design, but this design actually contributes to its display like no other monitor does.