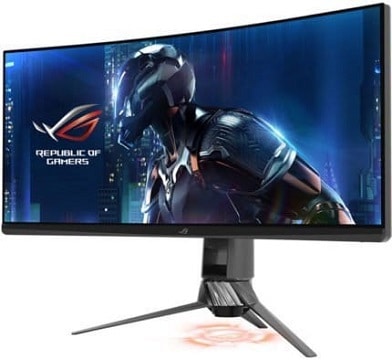 Besides announcing a bunch of new awesome laptops at Computex 2017 in Taipei, Taiwan, ASUS has demonstrated a revolutionary 200Hz ultra-wide gaming monitor with G-SYNC HDR and quantum dots, the ASUS ROG Swift PG35VQ.

This ultimate gaming machine will take video games to a whole new level yet it will require significantly lesser graphics power than the other ground-breaking monitors with 4K 144Hz and G-SYNC HDR.

The ASUS PG35VQ display is the dream monitor that many have been waiting for. Not so long ago when the Acer Predator Z35P was announced, we’ve mentioned how we’re eager to see an ultra-wide display capable of reaching 144Hz. And now, ASUS bewilders us with a whopping 200Hz in addition to true HDR support.

The Acer X35 and the ASUS ROG Swift PG35VQ will use the quantum-dot technology as well as HDR10 support for a wider color gamut and superior contrast and brightness for HDR compatible content.

Using its 512-individually controlled LED zones and local dimming, the ASUS PG35VQ G-SYNC display manages to deliver such stellar brightness without affecting the depth of darker tones but rather providing a superior contrast range. The same process is used in the upcoming 4K 144Hz HDR displays except that their 27-inch screens utilize 384 zones.

Thanks to the HDR, quantum dots, and the giant curved 35-inch screen, the image quality will undoubtedly be otherworldly while G-SYNC and 200Hz refresh rate ensure smooth and fluid performance. However, we’re still eager to see how the ASUS ROG Swift PG35VQ will perform in terms of viewing angles and ghosting due to its VA panel. 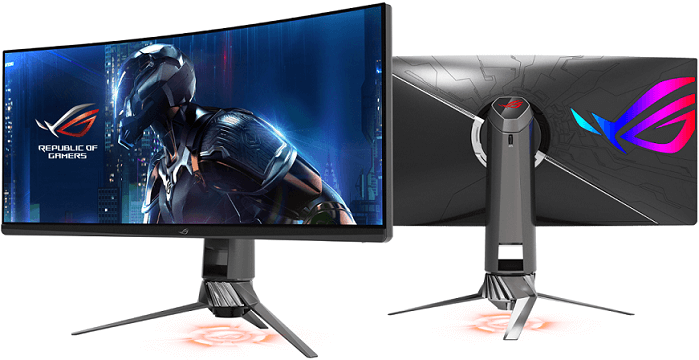 The ASUS ROG Swift PG35VQ 200Hz display features thin bezel design and a 1800R curved screen for a cinematic viewing experience and immersive gameplay. As of yet, we have no information regarding the ergonomics, but we do know that the model will offer ASUS AuraSync RGB LED lights at the rear side which you will be able to customize and match with the rest of your AuraSync gear from ASUS.

We also have no information yet regarding whether there’ll be built-in speakers nor what kind of connector ports will be available, although the DisplayPort 1.4 bandwidth, which is used for 4K 144Hz models, is adequate for 3440×1440 at 200Hz as well.

The official ASUS ROG Swift PG35VQ price is unknown at the moment, but it’s well-known that it won’t be cheap and certainly at least $1,500. The Acer Predator Z35P also features the same resolution and G-SYNC, although without HDR support nor quantum-dots, yet it’s available for pre-order for $1,100.

The ASUS PG35VQ release date is expected to be sometime by the end of 2018.

As an equivalent to the ASUS PG35VQ, Acer has their own 35-inch model in the works deemed as the Acer Predator X35 with similar specifications, or even identical – as we still don’t have all the information about these gaming beasts. 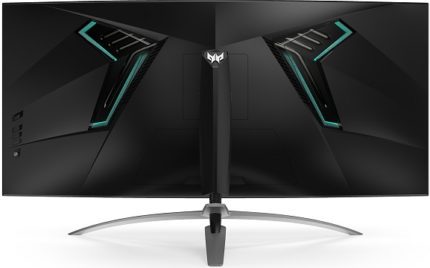 That’s all the information we have to share with you so far. Although it may not be much, it’s more than enough to cause excitement. Just a week ago we were thrilled to see ultra-wide displays getting 120Hz refresh rate with the Acer Z35P, and now we’re anticipating a whopping 200Hz at 3440×1440 resolution.

Fortunately, the ASUS PG35VQ and the Acer X35 won’t require as demanding gear as their 4K HDR relatives, the Predator X27 and the ASUS PG27UQ.

Either way, video games will be getting a whole new world of details with these cutting-edge displays we can’t wait to see in action. Whether you prefer ultra-wide displays or 4K for gaming, by the end of the year you’ll be able to obtain your dream monitor.

The ASUS ROG Swift PG35VQ takes the ultra-wide gaming experience from 100Hz to a whopping 200Hz. Moreover, it will offer G-Sync HDR and quantum-dot technology for an amazing image quality while the design consists of a beauteous 35-inch curved thin bezel chassis.