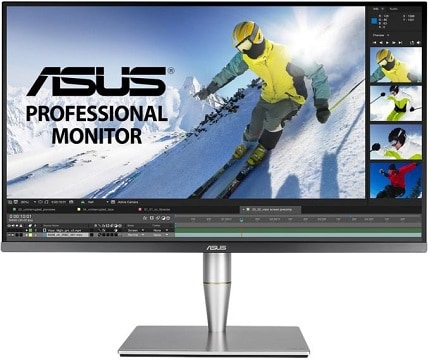 Update: The ASUS PA32UC is now available for purchase.

ASUS has announced one of the first 4K HDR monitors at CES 2017, the very first HDR monitor being the Dell UP3218Q. More than a year later, ASUS has finally released the monitor, though with a different name.

As one of the first 4K HDR monitors, the ASUS ProArt PA32UC will not only captivate its viewers with a stunning image quality and resolution but give the high-end professionals the adequate tools needed for the creation of top-tier content.

The HDR (High Dynamic Range) will along the quantum-dot technology significantly enhance the color palette and cover 100% of the sRGB, 99.5 of the Adobe RGB, 95% of the DCI-P3, and lastly, up to 85% of the Rec2020 color spaces. These color spaces will meet the demands of professionals ranging from the photographers to the digital cinema and TV video editors.

For typical content, the display offers a decent 400-nit maximum brightness while for the HDR content, the brightness peaks at stunning 1,000 nits. Additionally, the 384-zone full array local dimming will allow for the even better image quality with extended contrast ratio and color gamut.

The ASUS ProArt PA32U will also feature the ASUS ProArt Calibration Technology which will allow for all the fine-tuned colors, correlations and other calibrations to be saved on an internal IC chip of the monitor rather than on the PC.

Therefore, you will not need to re-calibrate the monitor every time you connect a different device. This calibration tool will also be present in the 27-inch version of this monitor without HDR, the ASUS ProArt PA27AQ.

As far as gaming is concerned, the ASUS ProArt PA32U, while obviously not a gaming monitor, would give an amazing picture quality in HDR-compatible video games. Although the 60Hz refresh rate for this price tag will certainly disinterest most of the gamers.

However, the professional designers and alike would surely have a great time during their breaks as they could blast off a demanding HDR game and enjoy the amazing quality with a bit turbulent gameplay performance, but still an awesome experience nonetheless. 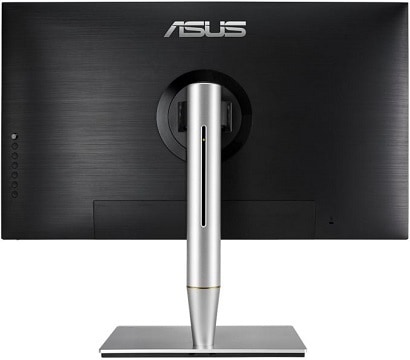 The design of the ASUS ProArt PA32U will feature a dense base which will take up a lot of desk space but provide a lot of stability. The overall appearance of the monitors gives a modern and metallic vibe with thin bezels ideal for the multi-display, a rather pricey multi-display, that is. In addition, the monitor offers full ergonomic support (tilt, swivel, height, pivot, VESA) which is expected at such price.

Connectivity is yet another thing where the ASUS ProArt PA32U shines. Besides the DisplayPort and four HDMI ports, it will feature the Thunderbolt 3 USB-C input and output ports. The future-proof USB type C port allows you to charge a laptop, transfer files up to 40Gbps speed, and stream 4K content at the same time, with just one cable!

Additionally, the monitor will also feature a USB 3.1 Gen 2 hub which boasts up to 10Gbps speed. The USB type C port is being implemented in more and more monitors as of late. Hopefully, it will soon become the new standard and alleviate us from the often fumbling with cables.

The ASUS ProArt PA32U price amounts to $2,000 at the moment which is a reasonable price for the high-end display for content creators. It’s available on Amazon in some European countries, and on B&H Photo Video for the US.

The ASUS ProArt PA32U takes photo and video editing to the next level. The 384-zone FALD panel with the true HDR support will allow the high-end photographers and digital cinema video editors and animators to create the top-tier content. Thanks to the wide range of different color spaces covered, including the previously unsupported color space by monitors, the Rec2020, the ASUS ProArt PA32U will easily become well-known to all.