By Michael JohnsonJanuary 20, 2017 No Comments 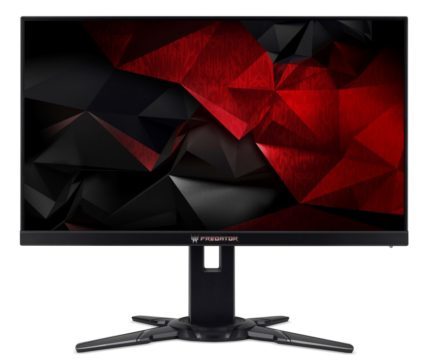 Acer has announced many goods at the CES this year and we’re all anticipating the releases of the new and exciting Predator series monitors. Already in February, we can expect to see the Acer Predator XB252Q, as well as its 27-inch version the XB272 and the groundbreaking Acer Predator Z301CT with the exclusive Tobii eye-tracking technology. Until then, we’ll share with you all the information we’ve gathered so far.

The very first thing that gets our attention when it comes to the Acer Predator XB252Q is obviously the stunning 240Hz rate. When paired with the G-Sync technology and quick 1ms response time, you get the smoothest gaming experience imaginable. Alas, the 1920×1080 may seem disappointing considering all the other new releases of up to 8K resolutions. However, the 1080p resolution looks quite crisp and vibrant on a 24.5-inch screen, so there’s no reason to worry there.

The 240Hz rate drastically reduces the motion blur in fast-paced video games, making it a must-have feature for the competitive gamers. Although most people would argue whether it’s actually possible to notice the difference between 240Hz and 200Hz, for instance, professional players claim that every little bit counts. The same can be said about the response time which reduces the amount of ghosting of fast-moving object, but the Acer Predator XB252Q offers top-notch specifications for gamers.

These stats can be even further advanced with the Nvidia G-Sync technology. If your computer is powered by a compatible Nvidia graphics card, you can synchronize your refresh rate between the monitor and the graphics card’s GPU. Thus gaining a more steady frame rate without screen tearing, stuttering, and lagging.

If you, however, still encounter motion blur in video games, you can enable the Ultra Low Motion Blur feature which cannot be active at the same time as the G-Sync. This feature further decreases motion blur and minimizes ghosting but it can only be used at 85Hz, 100Hz, and 120Hz. Depending on your computer setup and the game that you’re playing, you can decide which feature suits you the most.

Unlike the IPS or VA panels, the TN panel is the only one capable of delivering the rapid 1ms response time. However, it comes at the cost of viewing angles which amount to 170 degrees horizontal and 160 degrees vertical. This may affect those who are looking at the screen from different angles or distance, but the person sitting in front of the monitor will have no issues. Another drawback of the TN panels is the imperfect color reproduction which is less accurate and consistent than with other panels, but the Acer Predator XB252Q will reportedly cover 100% of the sRGB color spaces.

The Acer Predator XB252Q will have all the standard gaming features of the other Predator series monitors. These include the GameView feature which allows you to create three customizable gaming presets that you can swap between via the monitor’s hotkey. Besides the regular settings for these profiles, you can also adjust the dark boost feature which is mandatory in darker video games as it brightens up the hardly visible objects in the dark.

The aim-point feature allows you to set a customizable crosshair to the screen which helps you be more precise in FPS video games. The turbo-key is another hotkey which offers you the ability to quickly swap between different Hz rate in order to easily find which one suits the game best.

The Acer EyeProtect technology includes the flicker-less screen, the harmful blue-light filter, and ComfyView’s anti-glare protection. When combined, these features allow you to play for hours to an end without straining your eyes. Health comes first! 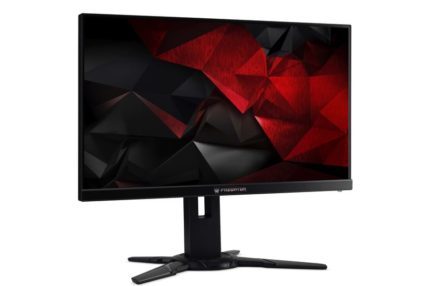 The Acer Predator XB252Q includes the standard gamer design of the Predator series which we feel shouldn’t be changed as it looks awesome and not too sparkly and flashy. The ZeroFrame design is ideal for multi-display; moreover, the monitor is also VESA mount compatible if you choose to place in on a wall or a mounting arm. The wide range of ergonomics include the ability to tilt for 25 degrees, swivel to the left and right by 45 degrees, pivot by 90 degrees, and it can be height adjusted by 115 millimeters.

The Acer Predator XB252Q will have an HDMI and a DisplayPort 1.2. The latter port has to be used if you wish to use the Nvidia G-Sync feature. Besides these, you will also have access to five USB3.0 ports, one of which is upstream for connecting to the PC. Along with the audio line-out port, gamers can easily connect all their devices to the monitor rather than to the PC or a gaming console.

The Acer Predator XB252Q will be available for $550 sometime in February. Considering the ultra-fast 240Hz rate, the Nvidia G-Sync technology, rapid 1ms response time, and other gaming features, the price seems very compelling. There’s no doubt that this monitor will interest competitive gamers, especially those who cherish performance over the display.

The Acer Predator XB252Q will offer the smoothest gaming experience for the money it costs. Although the 1080p resolution might disinterest the most regular users, competitive gamers who put the performance first so they can gain the edge over their opponents, will be more than satisfied with this gaming monitor. Features such as the 240Hz, G-Sync, and the 1ms response time speak for themselves and will deliver a buttery smooth and fluid gameplay experience.