By Michael JohnsonSeptember 17, 2016 No Comments 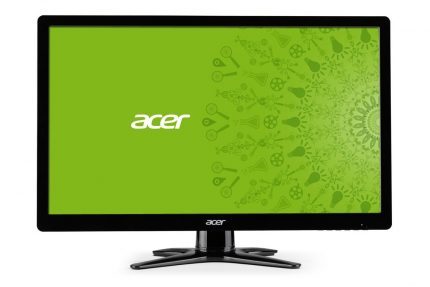 If you work from home or like to play computer games, you know that a good monitor can make all the difference when it comes to productivity. And when you’re ready to make the change from an older LCD monitor to a newer LED one, take a look at the Acer G236HL.

Using LED technology and featuring 1080p clarity, the Acer G236HL offers a bright, crisp picture. It’s a wonderful choice for basic computer use, such as word processing, browsing the internet and watching videos.

However, it’s also a great option for gaming. While it’s not nearly as advanced as some of today’s super monitors, it’s extremely affordable and an ideal alternative for most users.

The first thing customers tend to notice when shopping for this monitor is the Acer G236HL’s price. You can routinely find this monitor for around $100, though it’s often on sale for even less. If you’re still using an old-style monitor, the price point of this product makes it quite easy to upgrade. If you’re a gamer, like many buyers are, you can even afford to buy two, three or more.

Along with being impressed by how bright this monitor is, customers especially loved the 1080p resolution. If you haven’t used an HD monitor before, you’ll be stunned by the clarity that comes with watching movies and playing games. Even basic tasks, such as word processing, are more enjoyable with Acer G236HL due to the crispness of the image it offers. If you were plagued by ghosting with old monitors, you’ll be happy to hear that the issue doesn’t appear with this one.

The last thing that really had customers raving about the Acer G236HL is its weight. Even when attached to the stand, the monitor only weighs just over five pounds. Those users who were making the transition from bulky, heavy monitors couldn’t believe the difference.

What users don’t about this product?

While most Acer G236HL reviewers were very pleased with the brightness of this display, others felt that the brightness was just too much. Even when turning down this setting as low as it could go, some users still felt blinded. It should be noted that most of these users were ones that hadn’t used an LED screen before.

The fact that this monitor can only be used with a stand was another drawback pointed out in many Acer G236HL reviews. If you want to mount this monitor to the wall, you’re out of luck because it doesn’t come equipped with the holes for a VESA mount. If you’ll only be using this monitor on your desk, this won’t be an issue; but if you hoped to hang it, you’re unfortunately out of luck.

While the issue seems to have been corrected in later production runs, many customers complained that earlier models lacked a tilt function. Some users were able to unscrew the base and make adjustments, but others had to resort to stacking notepads and other items under the stand to achieve the degree of tilt they desired.

One last complaint that some users had was that this monitor lacks an HDMI port. Again, if you plan to just use this as a computer monitor, this deficiency probably won’t bother you. However, if you wanted to use this monitor for watching television, you wouldn’t be able to do so right out of the box. However, some customers purchased a HDMI-to-DVI cable and had success going that route.

Who is this product for?

With a 60Hz refresh rate, 5ms response time and 1080p clarity, the Acer G236HL is a definite step up from older LCD units. This monitor is an excellent, affordable choice for those who are looking for something simple yet vibrant for work or gaming. It’s certainly not the fastest and it doesn’t offer the clearest picture, but it will still be leaps and bounds from what you may have been using.

The 23-inch Acer G236HL (or G236HL Bbd) costs just $90 and comes with a full HD resolution and a TN panel. If you’re looking for a very cheap 23-inch monitor, then we highly recommend that you get this one.