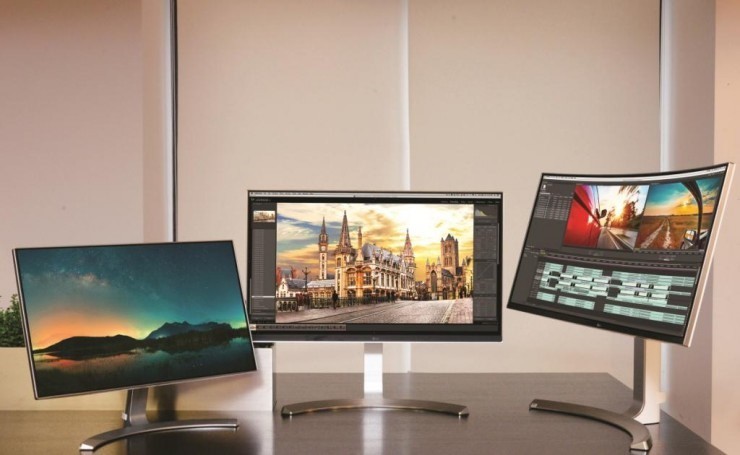 FreeSync and G-SYNC are here to stay. More and more monitors will adopt these similar technologies, but it looks like AMD is getting more support as it seems right now. This is mainly because AMD FreeSync is an optional verified VESA DisplayPort 1.2a standard, that display manufacturers can freely adopt, while NVIDIA G-SYNC requires a proprietary chip, which adds a price premium.

Five new AMD FreeSync displays have already been announced very recently, where two of them are from AOC and the three others are from LG. It was not long ago that AMD announced that FreeSync over HDMI would be a reality and a lot of AMD FreeSync HDMI-capable displays were revealed there as well.

A very interesting display that was revealed is the AOC C3583FQ. It is an ultrawide 21:9 35-inch gaming monitor with an AMVA panel and a refresh rate up to an amazing 160Hz with overclocking. 144Hz is the standard of course, and the monitor has support for AMD FreeSync as well. The maximum resolution for this monitor was not revealed by AOC, but we suspect it to be 2560×1080, which gives the display a pixel density of only 79 PPI. The I/O is comprised of two HDMI 1.4 ports, two DisplayPort 1.2a+ ports and a 3.5mm audio jack. The monitor also has built-in 5W speakers for those of you who are interested in that. This monitor will be a strong competitor to the already-released BenQ XR3501, which does not support FreeSync.
The second monitor by AOC is the AOC U2879VF, which is a 28-inch TN gaming monitor with 4K (UltraHD/UHD) resolution and a 60Hz refresh rate. It is expected that this monitor will be released somewhere in March next year.

Moving over to LG, we have three beautiful monitors with IPS panels and AMD FreeSync technology. The LG 27UD68 is a 27-inch display with a 4K resolution and a 60Hz refresh rate, and the second 4K UHD monitor announced from LG is the LG 27UD88, which is also 27-inches large, but is aimed at creative professionals rather than gamers, as it comes with USB Type-C port technology for USB 3.0, which is capable of charging a laptop as fast as a regular power cord, whilst still being able to transfer data at the same speed as USB 3.0. Furthermore, the LG 27UD88 features some amazing color presets so that you can get started quickly with your work.

Next up is the LG 29UC88, which is an ultrawide 21:9 monitor with 3440×1440 resolution and support for Thunderbolt 2. LG also announced a larger model for this monitor, which is the LG 34UC88 with similar specs. We expect the refresh rate to be around 60Hz to 75Hz for these monitors, as LG has not announced them yet as of this date.

We have summarized the new displays in the table below to give you a quick overview of the FreeSync monitors that were announced.