There is no doubt about it – Nvidia dominates the high-end GPU market, and they have been doing so for well over a decade.

During all this time, the masterminds at Nvidia have developed a habit of occasionally re-releasing an upgraded version of some of their GPUs. The latest models that have seen a revision of this kind are their two most powerful graphics cards in the 1000-series: GTX 1070 and GTX 1080.

With the GTX 1080 Ti having been released earlier this year in March, many gamers are itching to see just how it will fare against its newest sibling, the GTX 1070 Ti, which is set to release in a few days, on the 26th of October. 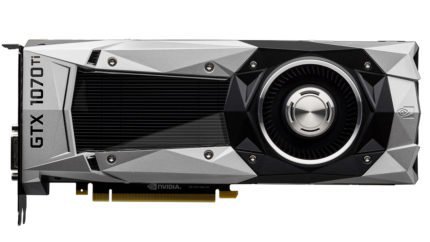 Like all of the 1000-series, the GTX 1070 Ti will utilize the same cutting-edge Pascal architecture.

When it comes to raw power, the 1070 Ti has a noticeably higher base and boost clock than the 1080 Ti does. However, this doesn’t mean much, seeing as this would-be advantage is completely eclipsed by all the incredible power that 1080 Ti brings to the table.

The 1080 Ti has roughly 33% more CUDA cores and has almost twice as many transistors as 1070 Ti does. Granted, 1070 Ti utilizes a newer and smaller chip, but that is unlikely to yield palpable results in any department but the power consumption.

GTX 1080 Ti has been regarded by many as the only “truly 4K and VR-ready GPU”. Based on the GTX 1070 Ti specs, this is unlikely to change before the next generations of graphics cards.

While the 1080 Ti’s 11GB of memory may not seem like much when compared to the 8GB that 1070 Ti offers, it will ultimately lead to noticeably better 4K and VR performance.

More importantly, the 1080 Ti incorporates GDDR5X memory, which gives it a much more important edge than mere memory capacity does. Meanwhile, the 1070 Ti will stick with the regular GDDR5, which is quite underwhelming, to say the least.

We all love looking at the big core count and clock numbers on paper, but now we come to the numbers that we unanimously hate – the price.

In the end, GTX 1080 Ti is almost twice as expensive when compared to its younger sibling. With that said, we come to the question…

Which One Should You Get?

There is no denying it that the GTX 1080 Ti is the superior card. While it may not win in every regard on paper, preliminary benchmarks show that it still blows the newcomer out of the water.

The key to deciding in the GTX 1070 Ti vs GTX 1080 Ti battle is quite simple. It’s very easy to salivate over those sweet 3DMark scores that 1080 Ti is setting, but first ask yourself: “how much power do I really need?”

You should definitely choose a GTX 1080 Ti if:

If instead, you are sticking to a 2K resolution, then a GTX 1070 Ti will more than fulfill your needs. If you only intend on getting a 4K monitor and/or VR-headset further down the road, then it’s best to remain patient! After all, technology is improving at a lightning-fast pace, and we can expect to see much better and more affordable 4K/VR solutions in the near future.

This concludes our opinion on the GTX 1070 Ti vs GTX 1080 Ti comparison. The bottom line is, there can be no definite winner in this contest since they both cater to wildly different audiences.

The focus of GTX 1080 Ti is on offering the best possible performance in the highest possible resolution, while the 1070 Ti is a far more affordable high-end graphics card for the regular gamer, or simply a gamer who is satisfied with sub-60 FPS performance in 4K or VR.

All in all, it’s best to hold your horses for a couple of days until we can see more varied and conclusive benchmarks. 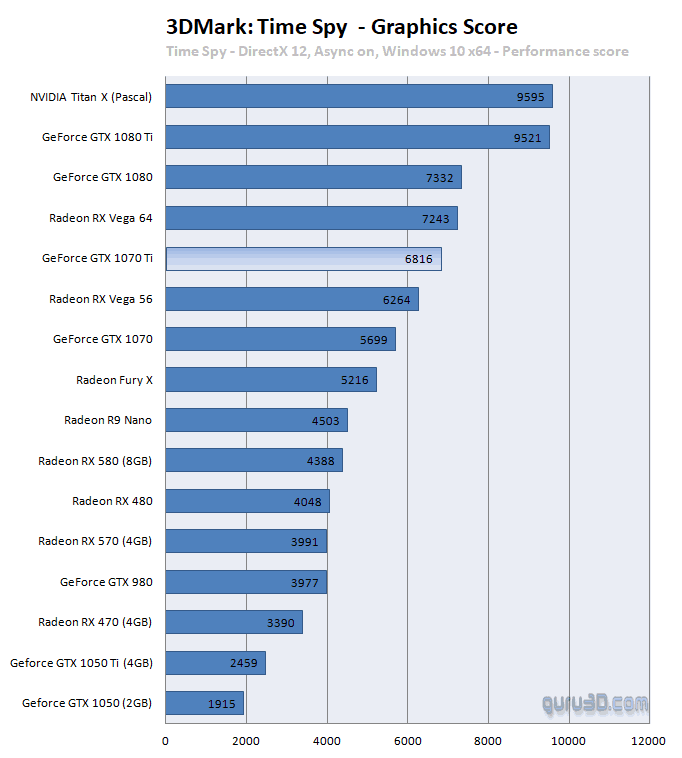