DisplayPort 1.3 will make 4K gaming at 120Hz a reality 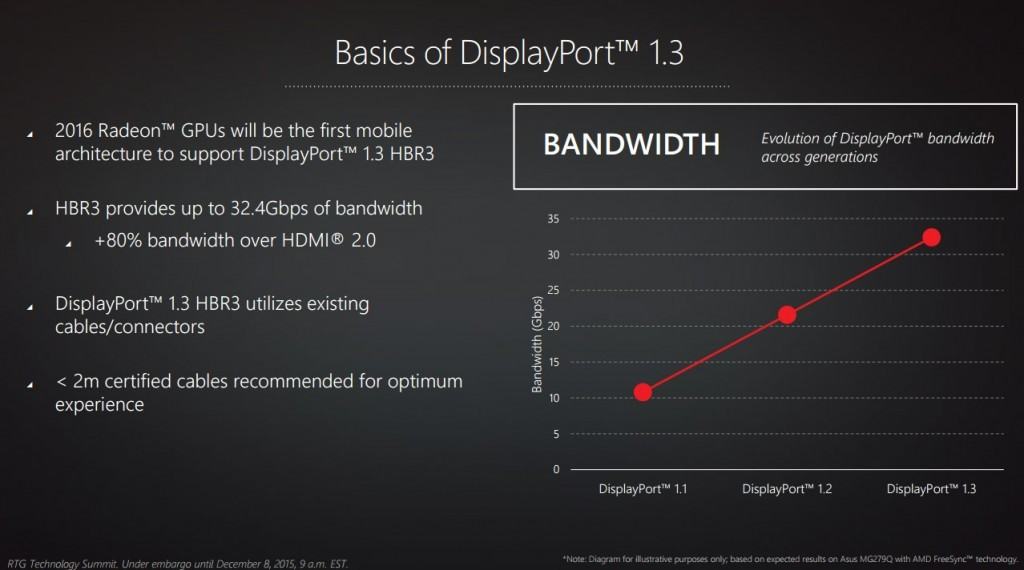 With 2015 coming to an end and the arrival of the long-awaited DisplayPort 1.3 standard coming closer for each day, it is time to welcome the next level of refresh rates that the standard supports. The most interesting fact about all this, is that DisplayPort 1.3 supports 4K at 120Hz, which is pretty exciting if you ask us. 144Hz at 4K resolution will not be supported by DisplayPort 1.3. Smaller resolutions, such as 1080p and 1440p are capable of running at an impressive 240Hz! Of course, there are diminishing returns from higher refresh rates, but it will be nice to see how a native 240Hz monitor will feel like. And if you thought 4K was amazing, wait till you experience 5K, which is also supported with 60Hz and SDR. 5K resolution offers 78% more pixels than 4K and a 28-inch 5K monitor results in an incredible sharpness of 210 PPI compared to 142 PPI on a 28-inch 4K monitor. It is expected that 5K displays arrive by mid-2016.

DisplayPort 1.3 allows bandwidth data transfers up to 32.4Gbps, which is a huge increase from 21.4Gbps that DisplayPort 1.2 suppors and over 80 percent more than what HDMI 2.0 can transfer. The 2016 AMD Radeon GPUs will be the first mobile architecture to supprot DisplayPort 1.3 HBR3 (High Bit Rate 3). AMD has also stated that by the end of 2016, there will be 4K monitors with a maximum refresh rate of 120Hz, will support FreeSync and will be compatible with Low Framerate Compensation that was added with AMD Radeon Crimson Software. A noteworthy thing to mention is that DisplayPort 1.3 HBR3 utilizes existing cables and connectors, and that a maximum cable length of 2 metres (6.5ft) should be used for optimum experience.
Below is a table summarizing the maximum supported refresh rate that DisplayPort 1.3 supports for popular resolutions.

Another very exciting feature coming up in new gaming monitors in 2016 is High Dynamic Range (HDR), which is a new CE industry standard that many monitors will adapt beginning from the second half of 2016. HDR gives you larger color spaces, higher contrast ratios and a higher peak luminance. If you are a display enthusiast, HDR is the next big thing that you have been looking for. Many games are in fact alrady rendered in HDR today, but since GPU’s do not support HDR today and nor does monitors, the output is mapped to standard dynamic ranges. 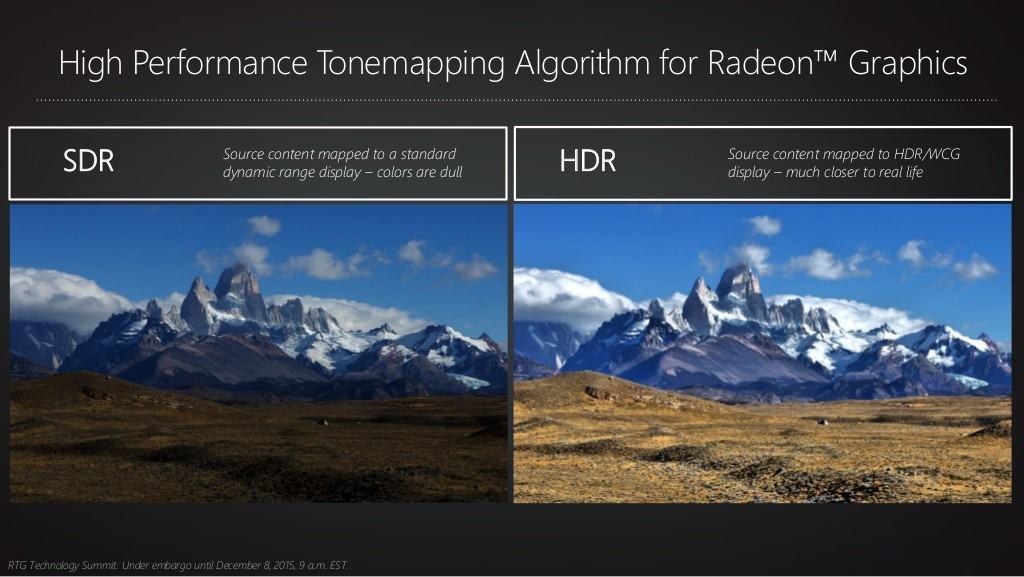 As you can see in the image above, High Dynamic Range results in much better quality output and looks much closer to real life as well. The color reproduction is much better and so are the contrast and brightness. Once a good and fairly priced HDR gaming monitor has been announced/released, we will add it to our list of best gaming monitors.

AMD is currently working on getting workstation and  PC gaming to HDR in 2016.