AMD Vs. Intel: Which is the Better CPU for Gaming?

By Henry KulickApril 9, 2017 No Comments

Building your own gaming rig is a hell of an experience. Whether you’re a first time assembler or a well-versed master, you know that the heart of all computers lies within its CPU, also known as the processor.

The two biggest names in the processing game are Intel and AMD. Intel has held down the fort for a long time now, creating CPU’s that have been the standard for anybody looking to build their own gaming computer. Taking a back seat for a long time, AMD has spent many years focussing only on budget CPUs while their heavy-hitting graphics cards took the spotlight.

But there’s been a shifting in the sands this year. As Intel’s prices continue to rise, many people are looking for alternatives that offer equal or better computing power. AMD was there to answer the call with its newly released Ryzen series–and boy, do they purr.

As you want the best build you can make within your budget, it can be kind of daunting to make a confident choice in which CPU is right for you. Focussing on Intel’s 7000 series and AMD’s Ryzen series–specifically the i7 7700k and the R7 1700, I’m going to help you choose which company you should purchase from for builds to come. Let’s take a look!

The two processors that we’re looking at both fall into the price range of 300-400 dollars. While a little more on the expensive side if you’re exclusively looking to build a gaming rig, this is the range in which the best CPUs can be found without dumping excessive amounts of money into your build.

Of course, that doesn’t mean that the 7700K has half the operating power of the 1700. This chip is designed to give maximum potential to the specific application that you’re using, where the AMD R7 1700 allows you to spread the wealth when it comes to doing multiple things on your computer at once.

When you hear that difference in specs, you need to also think about the longevity of your purchase. The bang for your buck, if you will.

While quad-core processing will be able to handle most new releases for a couple of more years, octa-core processing is the investment for not only great performance of today’s games, but ensuring that your computer will also be able to handle every game that hits the market for at least the next 5-10 years. Within the price range of 300-400 dollars, the 1700 and its older, more expensive brothers are the only processors that can provide that capability.

So you may be asking, “Why aren’t I comparing two CPU’s of equal capability?”

The cool thing (or maybe the not-so-cool thing for Intel) is that these cards are relatively equal in performance–which I’ll get to in the section below. But in regards to price, if I were to compare AMD and Intel based on specs alone, Intel’s 8-core chips would be priced over AMD’s by over 600 dollars. Their 8-core processors are in the thousand-dollar range.

I’ll talk about why that is in my bottom line, but for now, let’s move on to performance. 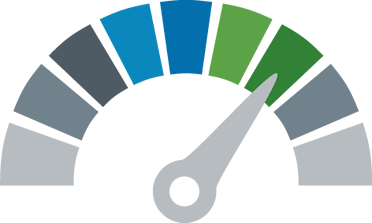 This is what it’s all about, right? You want the games that you play to not only look good but be free of any stuttering or lag. A good CPU is one of the ways you make that happen.

Intel’s i7 7700K and AMD’s Ryzen 1700 are par for par when it comes to handling heavy titles like For Honor or Rise of the Tomb Raider. While the R7 1700 is the king of multi-threaded applications, it does lose out in framerate to the 7700k–but only just by a bit.

Intel’s CPUs tend to be a bit quicker than AMD’s and that can be seen here in the 7700K’s faster frequency of 4.2GHz. Though, the 1700 comes in at around 3.7GHz, still proving it’s got what it takes.

Both chips have great overclocking potential as well. This isn’t a pivotal thing for a lot of customers, but for those that are looking to push the limits, both cards are up to the task. Using a GTX 1080 with 1080p resolution and playing Battlefield 1, both cards were able to push past 130 FPS! These processors are titans in every way you could imagine.

So what’s there to be said here? Well, if you’re just looking at maximum frame rate, Intel’s 7000 series is the best, but just by a margin. However, if your gaming rig is also going to be a workstation, or if you’re a streamer, then the R7 series is more up your alley as the chip is better equipped to handle multiple processes at once.

The larger question of performance isn’t seen in comparing just the two CPUs that we’ve held up to one another here, but in what AMD has done with its octa-core capability and what Intel is still only doing with 4 cores. While yes, Intel still creates processors that are quicker in the same price range, the Ryzen series is offering products that have better long-term performance.

This multi-threaded performance is disruptive to how things have been done in high-performance processors but ultimately creates a longer lasting product.

AMD’s Ryzen series has kicked in the door of Intel’s once thought impenetrable fortress of market dominance–and in this reviewer’s eyes, has taken the throne.

While both companies are creating processors that are beasts fully capable of covering the spread for years of games to come, AMD manages to do so at a much smaller price point.

This, paired with the fact that the processors that they create have all the makings of an enduring product makes them the clear winner to me. Though, only time will truly tell if further iterations of the Ryzen series continue to make such awesome strides.

With a relative monopoly on the processor market, Intel’s had free reign to constantly raise the prices of their CPU’s without ever greatly expanding on the technology. This is something we as the consumers have had no choice but to accept, as most products didn’t stand up against Intel’s processors.

In its first attempt at creating something other than a budget CPU, AMD has shown what can be done for just a fraction of the price.

For this reason, an AMD processor is not only the CPU you should purchase but the company that you should continue to purchase from for years to come. For the first time in over a decade, Intel has real competition and we should embrace that as much as possible. The only outcome is better, constantly flowing technology at a price point that won’t eat the budget.