AMD loses to Nvidia: 3 out of 4 now uses a Nvidia GPU

By Alex ChristensenApril 20, 2015 No Comments 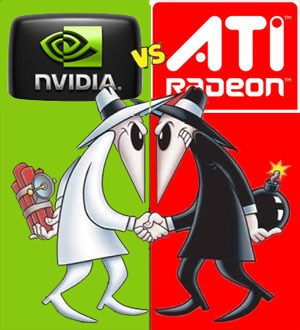 A chart has been made that shows the discrete GPU market share in the world. This excludes Intel and their integrated graphics, which most people use and don’t really have a discrete graphics card in their PC.

In the recent years, AMD have been struggling to maintain a good amount of market share in the discrete graphics card business. In 2014, they dropped from 35% to 24% at the end of the year, while Nvidia has increased from 62% to 76% market share.

Click on the image to view it in full-screen

The reason behind AMD’s drop is because of Nvidias release of their Maxwell architecture and AMD not releasing that many new discrete graphics card units. This development is troublesome, because Nvidia could potentially have monopoly relatively soon. This would mean that they would have no incentive to make new and better graphics card, since there will be no competition. Nvidia would also most likely not want AMD to go under, since they would have to deal with the antitrust investigations that would occur, and the laws associated with owning a monopoly.

AMD will be releasing their R9 390 series later this year, and hopefully it will be a huge success and bring AMD back on the market. Until then, NVidia will remain the dominant force in the discrete GPU market space.