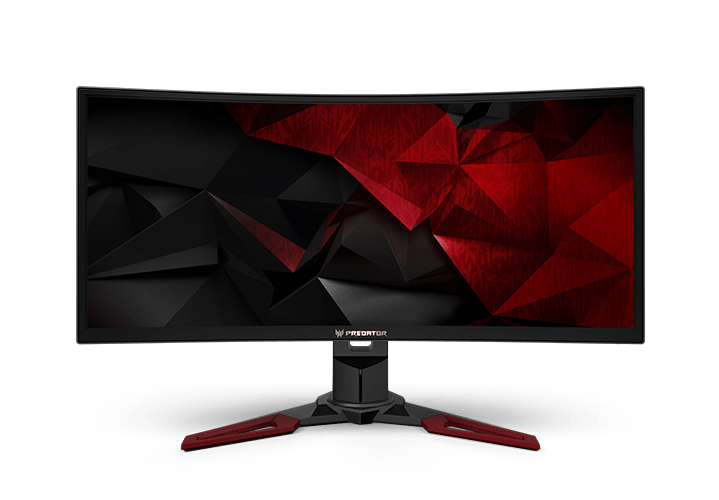 Acer has just recently announced their newest gaming monitor line-up – the Predator Z1 gaming monitor line-up. The new gaming monitor series will be available in three different screen sizes: 31.5-inches (32-inches), 30-inches and 27-inches. The styling on these models is the same as Acer’s other Predator gaming monitors, laptops and even desktops for that matter. Simply said, they have long red feet, which is an indicator that it is some serious gaming hardware. The Predator Z1 is a little different, though; they are black on the front and the red is mostly hidden in the back of the trim.

All three sizes will feature NVIDIA G-SYNC technology, which eliminates screen tearing artifacts and stuttering when playing games. It accomplishes this by matching the monitor’s refresh rate with your PC’s graphics card. The monitors in this lineup also feature a curved model with a tight 1800R curvature resulting in a very immersive gameplay and a wide field of view that you can not accomplish with a flat monitor.

And surely enough, the maximum refresh rate on the X34 is only 100Hz, which is an overclock, and the Predator Z1 monitors offer a 144Hz refresh rate and even 200Hz for the 30-inch version. Most graphics card will struggle to reach this much FPS for demanding games, but the FHD resolution and WFHD, which is the abbreviation for the 2560×1080 resolution, will make it easier to hit a higher frame rate. 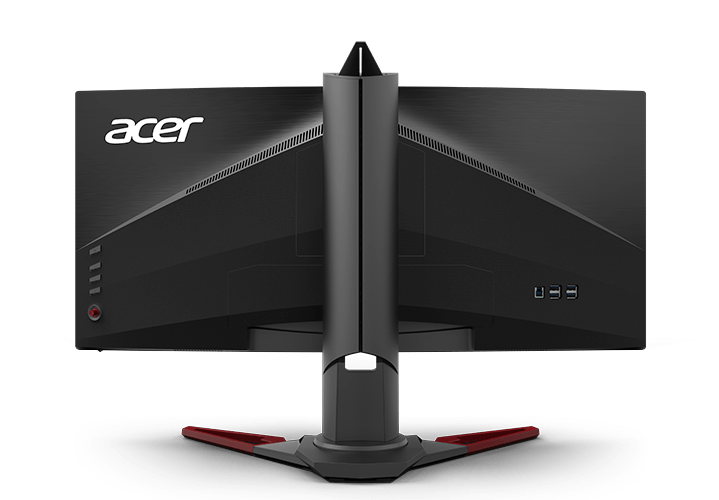 They will most likely offer a 1ms response time. The panel used in all three announced gaming monitors is a VA LCD panel, which is not quite as good as the latest IPS panels in terms of color reproduction, but offer better black levels. Acer claims that the displays in this series will meet 100% sRGB color spectrum coverage. Also, all three monitors come with ambient light sensors. This allows the monitor to adjust the backlight intensity to suit the room conditions. The maximum brightness of all the monitors is 300 cd/m2 just like the Predator X34.

On the back of the Predator Z1 monitors, you will find a five-port USB 3.0 hub, a HDMI port and a DisplayPort connector. You need to use the DisplayPort if you want to use NVIDIA G-SYNC technology in your games. The ergonomic stand on the monitors allow the display to be raised 120mm for height adjustment, tilted 5° to 25° and swiveled from -30° to 30°. The precise specifications for each monitor vary from screen size.

Pricing for the Predator Z1 monitors start at $599 in North America and €599 in Europe. The release date is June 2016. You can click on the link below to check if the monitors are available for pre-orders yet.