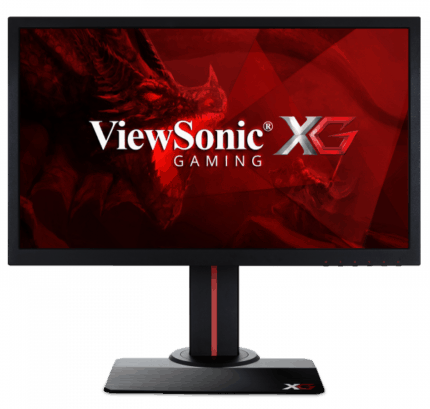 ViewSonic is about to release another 144Hz gaming monitor with AMD FreeSync technology and the lightning-fast 1ms response time speed.

The newly announced ViewSonic XG2402 is the successor to the previous XG2401 model. Both monitors feature the same key features with the main difference being in the design.

If the monitor is, in fact, the same as the previous model albeit the design, it will be based on AU Optronics’ TN panel with 8-bit color supported via dithering (6-bit + FRC).

The ViewSonic XG2402 TN panel provides 170° horizontal and 160° vertical viewing angles, so color and contrast shifts are expected when the screen is viewed from certain angles.

This shouldn’t be an issue for gamers anyway. For other activities such as watching movies, the display’s generous ergonomics will ensure an immersive viewing experience as you’ll be able to match the viewing angles to your position.

The 24-inch monitor offers the standard 1920×1080 Full HD resolution which besides delivering a decent image quality for a monitor of such size, also lowers the GPU horsepower requirements needed to reach 144 FPS (Frames Per Second) in games.

In the OSD (On-Screen Display), there is a rich selection of adjustable functions including six levels of gamma preset. This feature wasn’t present in the previous ViewSonic XG2401 model.

The ViewSonic XG2402 1080p display is great for gamers on a tighter budget who wish to enjoy the fluid gameplay but cannot afford the more expensive 1440p displays or G-SYNC gaming monitors.

While the Full HD resolution makes reaching high frame rates as low-cost as possible, AMD FreeSync technology will make sure that the performance is smooth as well at such rates.

If paired with a proper AMD FreeSync compatible graphics card, the ViewSonic XG2402 will synchronize its refresh rate to the GPU’s frame rate. As a result, screen tearing and stuttering will be eliminated while the FPS rate remains steady.

The ViewSonic XG2402 FreeSync range is 48-144Hz while the LFC (Low Framerate Compensation) is supported as well, meaning that FreeSync will still function even when it drops below the dynamic refresh rate. Furthermore, by using the CRU, you can also extend the dynamic range manually.

The ViewSonic XG2402 144Hz gaming monitor is packed with all the game-enhancing features and modes you’ll need.

When you enable the Low Input Lag, it will bypass and reduce certain image processing and thus reduce the input lag giving you the edge over your opponents in competitive games. In addition, the rapid 1ms response time speed will eliminate all ghosting and blurring of the fast moving objects allowing you to aim better in fast-paced games.

The Game Mode feature consists of pre-calibrated picture presets including modes for specific game genres such as FPS, RTS, MOBA as well as a mode for console gaming.

For dark-themed video games, there’s the Black Stabilization feature which improves visibility by increasing the brightness where it’s most needed. There are 22 levels to this feature depending on just how dark the ambient in the game is.

Lastly, the Monitor Hz Cap feature allows you to limit the ViewSonic XG2402 refresh rate to 60Hz, 100Hz, or 144Hz for a better gaming experience depending on your GPU power. This feature, however, cannot be active at the same time as FreeSync. 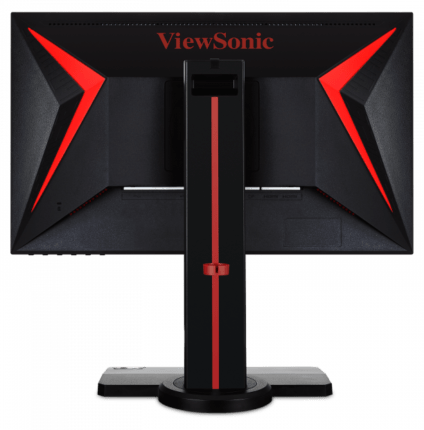 When it comes to connectivity, there are two HDMI ports (1.4 and 2.0), a DisplayPort 1.2a which supports FreeSync, two downstream and one upstream USB 3.0 ports, and audio line-in and out ports. The ViewSonic XG2402 screen is coated with an anti-glare finish which entirely eliminates the sunlight reflection.

The ViewSonic XG2402 price is unknown at the moment while the release date is labeled as ‘Coming Soon’ by ViewSonic.

In order to beat the competition, ViewSonic should consider pricing their new model below the great yet cheaper Acer XFA240 with 144Hz, FreeSync, and 1ms response time as well.

The ViewSonic XG2401 is an excellent first-class gaming monitor aimed at those who seek flawless competitive gameplay at the most affordable price. However, its design and thick bezels may repulse certain potential costumers.

The ViewSonic XG2402, therefore, brings a new design that’s more up to today’s standards but keeps all the key features needed for the perfect gaming experience. Hopefully, it will be reasonably priced as well. We’re absolutely looking forward to reviewing the ViewSonic XG2402 monitor, soon.