By Michael JohnsonJanuary 24, 2018 No Comments 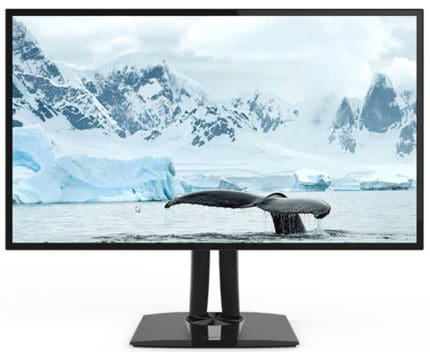 Apart from announcing new gaming monitors such as the ViewSonic XG2560 with 240Hz and G-SYNC, ViewSonic plans to extend their line of displays aimed at professional content creators.

The ViewSonic VP3278-8K is the company’s first 8K resolution monitor and overall the third released so far, the first two being the Dell UP3218K and the Philips 328P8K.

As it is aimed at high-end designers, photographers, and video editors, the ViewSonic VP3278-8K will feature an IPS panel for the most accurate and consistent color reproduction. However, precise color gamut nor peak brightness hasn’t yet been revealed.

At the moment, there’s no information available regarding what display connectors the ViewSonic VP3278-8K uses to reach the 8K resolution of 7680×4320 pixels.

Dell’s and Philips’ 8K monitors use two DisplayPort 1.4 ports to deliver 8K at 60Hz without DSC (Display Stream Compression), so the ViewSonic VP3278-8K will likely use the same method. Alternatively, the VP3278-8K could use the latest Thunderbolt 3 Titan Ridge chipset by Intel which can do 8K at 30Hz without compression via the single cable or 8K at 60Hz with DSC.

The 32-inch 8K monitor is also hardware calibration-ready which makes calibration for color-critical tasks as easy and quick as possible. The estimated price is $5,200 which is considerably more than the Dell UP3218K available for $3,900 at Dell’s website. The ViewSonic VP3278-8K release date should be sometime in Q4 2018. 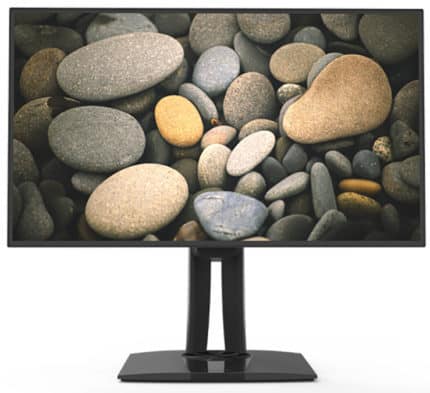 The ViewSonic VP2768-4K offers the more common 4K Ultra HD resolution but what’s more interesting about this display, is the cutting-edge Thunderbolt 3 (USB-C) connectivity which allows for simultaneous data transfer up to 40 Gbps, audio/video streaming, and power charging via the single connector.

The 27-inch model is also aimed at professional content creators and features an IPS panel, but that’s all information ViewSonic has released for now. We will update the article when more details are available.