By Alex ChristensenSeptember 23, 2017 No Comments 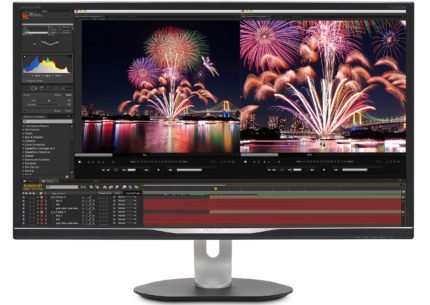 Philips has added two new monitors to their range of displays aimed at professional designers and alike. The Philips 328P6AU is intended for those relying on the Adobe RGB color gamut while the Philips 328P6VU offers 4K UHD resolution and covers 95% NTSC color space.

Additionally, both monitors will offer extensive connectivity including the GbE and USB-C, among other ports. More importantly, the displays will be alluringly priced and offer support for HDR content, to some extent.

The Philips 328P6AU model is based on the IPS-ADS panel which offers 178-degree viewing angles and accurate colors covering 98% of the Adobe RGB color space. Screen resolution amounts to 2560×1440 while the maximum brightness peaks at 400nits. Though its price hasn’t yet been revealed, Philips hints at competitive pricing fit for the aspiring designers.

The Philips 328P6VU, on the other hand, features the IPS-AAS panel with the same impeccable viewing angles in addition to the 4K UHD resolution, 600nits peak brightness, and 16-zone localized dimming which makes for improved contrast and thus a much better picture overall.

Since neither display can be considered as a gaming monitor, refresh rate will most likely be limited to 60Hz though it’s not officially confirmed. The response time speed of the monitors is currently unknown as well. 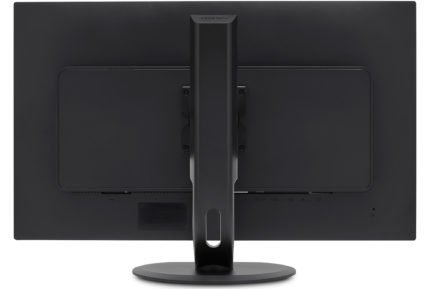 Both displays boast the USB-C connectivity which, besides being a high-quality display input, can serve as the upstream port for the USB 3.0 hub and the Ethernet port. Furthermore, there will be additional DisplayPort 1.2, an HDMI 2.0a, and a VGA port available as well as 2x3W built-in speakers.

The Philips 328P6AU release date should be sometime in October 2017, but the price hasn’t yet be revealed. The 4K version, the Philips 328P6VU, will be released in Q1 2018 and priced around $640 which is a good price for a professional photo-editing display with HDR, USB-C, and localized dimming.

The new Philips monitors aimed at the professionals promise exceptional quality and plenty of features including extensive connectivity and ergonomics for a rather fair price. We’re especially eager to see how the 16-zone localized dimming will affect the image quality and to what extent HDR will be supported.