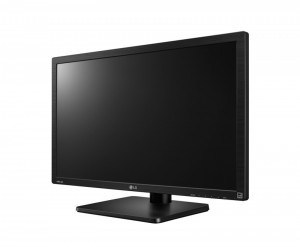 LG has revealed a new monitor on their Australian site, which was perhaps not intentionally and sooner than expected. The monitor is called LG 27MU67 and it could actually be a very good choice for those who wants to upgrade to a 4K gaming monitor.

The LG 27MU67 is a 27-inch IPS gaming monitor with a maximum supported resolution of 3840 x 2160, aka. 4K. Furthermore, the monitor has support for FreeSync, which is AMD’s version of adaptive sync. The monitor has also support for 10-bit color and 99% RGB representation, which is very impressive. It has an IPS panel, so if the claim about the 99% RGB coverage holds, then this monitor will be one of the best we have tested. The ASUS PB279Q showed 100% RGB color representation in our tests, so it’s a bit better, but 99% is still a very good number – much higher than the average that we tested, which was around 95-96%. The refresh rate for this monitor has not been revealed, but it’s unlikely that it will be higher than 60Hz, since it has a 4K panel.

Pictures of the LG 27MU67 reveals four inputs: a DisplayPort with FreeSync support, a mini-DisplayPort and two HDMI ports. With LG’s “4 Screen Split”, you can view images on all four connected monitors at the same time, although this doesn’t support FreeSync.

The price on the monitor is good news: AU$799, which translates to around US$600, which is a very fair price for this kind of display. Be sure to keep an eye out on our website if you like this monitor, as we will post as soon as the monitor becomes available in the US.