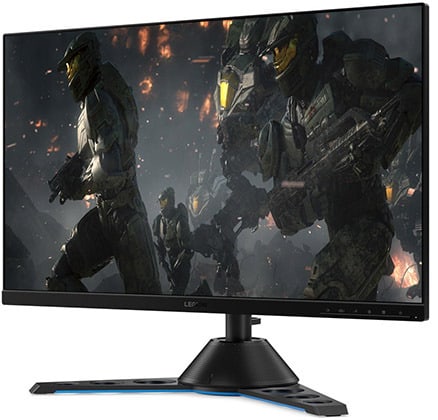 At CES 2019, Lenovo showcased their new line of Legion gaming monitors which includes the very first 1440p 240Hz display to be announced, the Lenovo Legion Y27GQ, with G-SYNC and a 0.5ms response time speed.

So, you’re getting a big boost in picture quality as opposed to the standard TN panels which cover only the basic sRGB color gamut though you will still have to cope with the narrow viewing angles of 160°/170° – something which isn’t a big deal for gamers anyway.

1440p on a 27″ monitor provides a high pixel density which ensures crisp details and plenty of screen space. However, it will also be a lot more demanding to drive than 1080p and it certainly makes the monitor more expensive.

Other gaming features such as pre-calibrated gaming presets (for FPS, RTS, and other genres), custom crosshairs, and Black Stabilizer/Equalizer will also likely be included, though they have not been officially confirmed yet.

No word on whether the monitor will feature ULMB (Ultra Low Motion Blur) either. 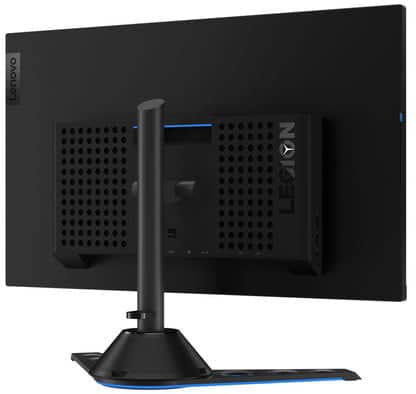 Connectivity options of the Lenovo Legion Y27GQ include a DisplayPort 1.4, an HDMI 2.0, a quad-USB 3.0 hub, and an audio jack.

Another interesting feature of Lenovo’s latest Legion displays is the removable Harman Kardon speaker at the base of the monitor. Ergonomic options including VESA mount compatibility are unknown at the moment.

Wondering whether you should buy this gaming monitor?

Well, even if you have the necessary CPU/GPU power to sustain it, you will most likely only be able to take full advantage of it in undemanding video games or with lowered settings.

So, if you mostly play competitive shooters or you want to future-proof your system, the Lenovo Legion Y27GQ seems like a perfect gaming monitor for those can afford it.