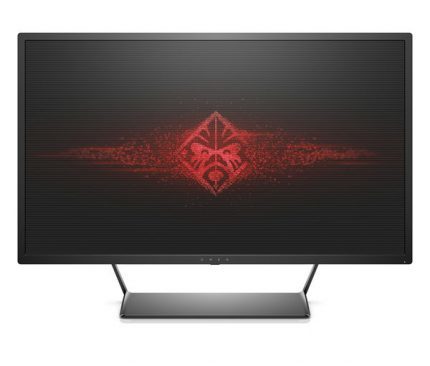 The new gaming monitor in the HP Omen series will be called the HP Omen 32 Display. The size of the monitor is, as the name correctly suggests, 32 inches and it will have a 2560×1440 resolution, also called Quad HD, offering 1.78 times as many pixels as a Full HD screen. The refresh rate of the monitor will be 75Hz and it will be supporting AMD FreeSync, an Adaptive-Sync technology that will eliminate screen tearing without any performance cost, and thus result in a much smoother gameplay. The response time is also specified as just 5ms, which is great. No word on input lag yet.

As far as color quality goes, the HP Omen 32-inch monitor will support 100 percent of the sRGB color spectrum and the panel type will be WVA, which stands for Wide Viewing Angle. It’s essentially a VA-panel type, which means that it will give you very good black levels, but not as good color quality as IPS panels.

More details about this display will follow as we get hold of more available information.

The 32-inch HP Omen gaming monitor will be released in August but there is not yet a word on pricing yet. An overview of the main specs can be found on the table below: