Dell UltraSharp U3415W: The 34-inch Ultra-Wide Monitor To Get 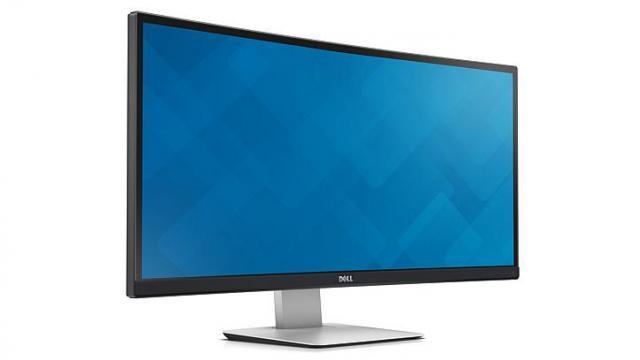 If you are thinking of getting a 34-inch ultrawide curved monitor, then you should either get the Dell UltraSharp U3415W or the Samsung SE790C, also called Samsung S34E790C.

I personally think you should get the Dell Ultrasharp U3415W, since it is just better and strangely also 200$ cheaper. Read our Dell U3415W review as well if you’re interested in this spectacular monitor.

A lot of people buy curved monitors for gaming, but this monitor isn’t specifically built for gaming. You can use it for gaming and it will give you great value for your money, but if you plan on going competitive, then you might want to pick another monitor with a 144Hz refresh rate. Check out for gaming monitor buyer’s guide for good and solid suggestions.

It has an IPS panel, which gives it superior viewing angles and color representation. There’s no color shift as far as we noticed. The only problem was the backlight bleeding problem, but it’s only noticeably when viewing a dark background and to be honest, it’s not a big problem.

Furthermore, the monitor offers a QHD ultra-wide resolution (3440 x 1440), which is expected. A 1080p 34-inch monitor is the last thing on earth that you would get. The fact that the monitor is curved also means that you can see much more of the game, if the game supports 21:9 aspect ratio (basically ultra-wide).

Another cool feature with this monitor is that it has two upstream USB3.0 ports, which allows you to connect to computers and control both of them with just a single mouse and keyboard. You can also use it to other things, such as charging your phone. Oh, and the monitor is PWM-free, which makes it flicker-free.

The price of the monitor is currently ranging between 950$-1050$ on Amazon. You can get the monitor here.