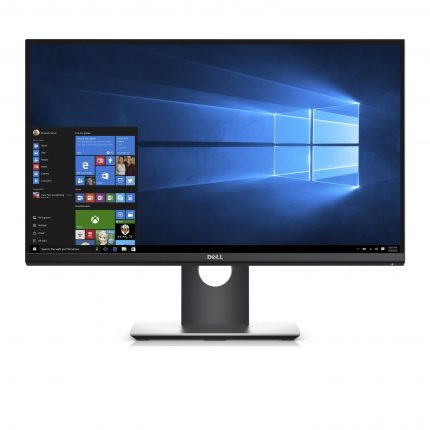 The stand is fully ergonomic, offering height, tilt, pivot and swivel adjustments to be made. It also includes a quick-release mechanism that you can use to remove the stand from the monitor and you will then see 100x100mm VESA mounting holes, if you wish to use another stand or another monitor mount or monitor arm for this display. The OSD can be controlled via the controls on the right side of the bottom bezel and over there, you’ll also find a lighted power button. 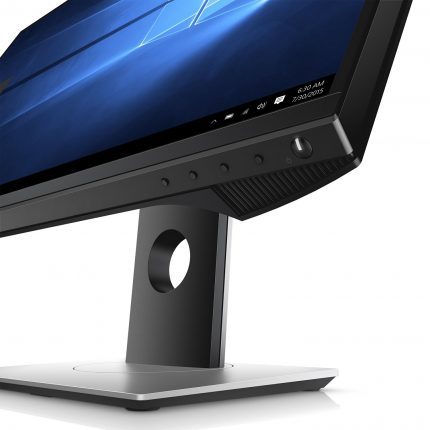 Looking a bit deeper into the Dell S2417DG, the gaming monitor boasts a 23.8-inch TN display from AUO. The resolution is a good 2540×1440 (WQHD) and given the size of the display, you’ll end up with a good 123.41 PPI (pixels per inch). The refresh rate can get up to 165Hz and it is variable, meaning that it an Adaptive-Sync technology, in this case NVIDIA G-SYNC. This will essentially lock the display’s refresh rate to the output of your GPU, and thus effectively eliminate screen tearing artifacts and stuttering. ULMB (Ultra Low Motion Blur) is also supported, but this requires G-SYNC to be turned off. NVIDIA 3D Vision is also supported (1 and 2). Contrast ratio is specified to be 1000:1 (static) and 170°/160° viewing angles are offered. The backlight is flicker-free and true 8-bit is supported, offering support for the sRGB color spectrum. Maximum luminance (or brightness, as it is also called) is specified to be 350 cd/m2 and response time is 1ms, which is standard for newer TN  panels. 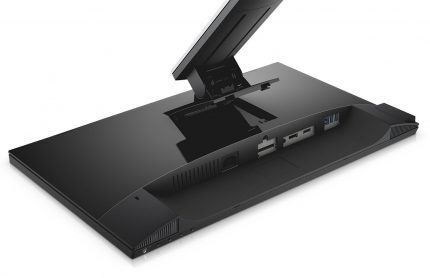 Connection options include DisplayPort 1.2 (which is required for G-SYNC), HDMI 1.4, four USB 3.0 ports and a 3.5mm headphone jack.

The Dell S2417DG is already released and can be purchased for a retail price of around $460 as of today, but you can check the current price by clicking on the link below.