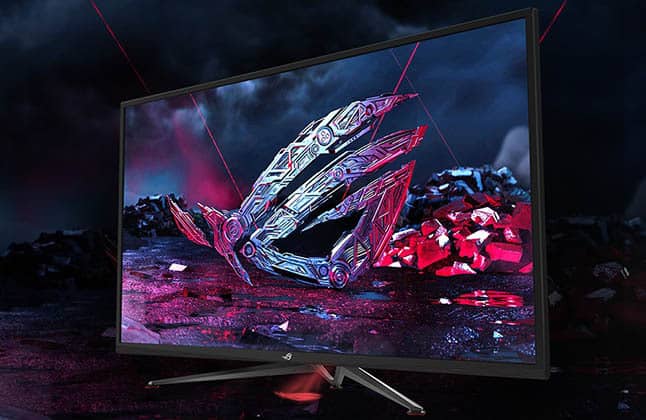 ASUS has introduced a new gaming display to their ROG Strix series, dubbed as the ASUS XG438Q.

Based on a VA panel by AU Optronics, the ASUS XG438Q offers a superior contrast ratio in comparison to IPS and TN panels as well as wide 178° viewing angles, a peak brightness of 450-nits (600-nits for HDR content), and 90% DCI-P3 wide color gamut.

The specified response time is 4ms though we are a bit skeptical regarding how the pixel transition will behave on such a big VA-panel display as they usually have prominent ghosting and motion blur. Hopefully, AUO’s brand-new panel has addressed this issue.

A lot of people were waiting for a 4K UHD high refresh rate monitor at this size since 4K looks crisp and sharp even on a 43″ display due to its rich pixel density of ~103 PPI (pixels per inch). This means that you’ll get plenty of screen space and vivid details but you won’t have to scale the picture.

Moving on, the ASUS XG438Q 4K 144Hz gaming monitor is equipped with AMD FreeSync 2 HDR which provides a variable refresh rate for compatible graphics cards with a 48-120Hz/FPS dynamic range.

You will also find Picture in Picture and Picture by Picture modes, a low-blue light filter, and most likely, the ASUS GamePlus (crosshairs, on-screen timers, etc) and GameVisual (pre-calibrated picture presets) features. 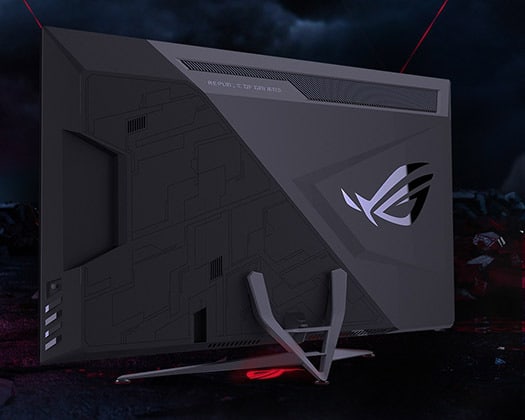 Turning to the connectivity, there’s a DisplayPort 1.4, three HDMI 2.0 ports, a quad-USB 3.0 hub, a headphones jack, and two 10W integrated speakers. For 4K, HDR, and 144Hz, you will have to use the DisplayPort 1.4 connector.

The price of the ASUS XG438Q monitor is currently unknown while the release date is scheduled for Spring 2019.

Similar monitors include the Acer Predator XB273K (with G-SYNC) and the Acer Nitro XV273K (with FreeSync) which offer 4K HDR (VESA DisplayHDR 400) up to 144Hz by using two DisplayPort cables/ports.

The best 4K HDR 144Hz gaming monitors, the ASUS ROG Swift PG27UQ and the Acer Predator X27, offer the best HDR viewing experience thanks to their full-array local dimming which allows for a peak brightness of over 1,000-nits and a far superior contrast ratio.