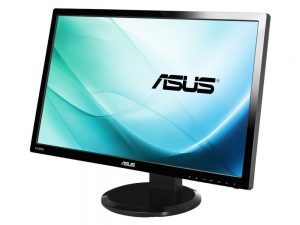 Years after the massive success of the ASUS VG248QE, the company is now announcing a larger monitor with the same main specs – a 27-inch display this time. ASUS has called it the VG278HV.

The ASUS VG278HV features a Full HD (1080p) resolution with a TN panel and the popular 144Hz refresh rate. Since it is based on a TN-panel, the specified 1ms response time does not surprise anyone. The ASUS VG278HV also features a maximum brightness of 300 cd/m2, a static contrast ratio of 1000:1 and viewing angles of 170/160.

ASUS promises a vivid color performance on this monitor due to the fact that it has its own Splendid Video Intelligence Technology and a fully ergonomic stand that allows for tilt, swivel, height and pivot adjustments. The 144Hz gaming monitor also comes with D-SUB/VGA connectors on the back, a DVI connector and HDMI 1.4 inputs. It even features in-built 3W stereo speakers but do not expect some crazy sound quality coming out from them.

The ASUS VG278HV is already available at online retailers and in the stores as well. The monitor costs €350/£300 in Europe, and it also costs $350 in the United States as well. 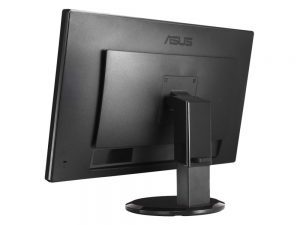 Well, there’s not really anything exciting about this monitor. This is just a 3-inch larger VG248QE, which was released in January 2013, but this one does not feature 3D, has no DisplayPort connector and is currently more than €100 more expensive. A 1080p resolution on a 27-inch display is a no-go in 2016. A 1440p resolution is the least resolution that a 27-inch monitor should have now. That resolution is much better for gaming as well, since we are in 2016 and even a good budget GPU can handle demanding games and still produce good FPS.
With the TN panel, you can expect bad color representation and viewing angles as well. The only thing good about this monitor is the 144Hz refresh rate, which is what gaming in 2016 is all about.