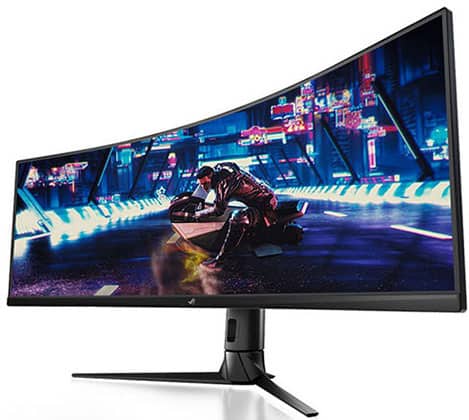 ASUS has showcased their latest addition to the ROG Strix series of gaming monitors.

Previously, ASUS announced a similar 49″ ultrawide display dubbed as the ASUS VG49V with mostly identical specs except for FreeSync 2 and HDR.

It’s unclear whether ASUS will release both monitors or if the new XG49VQ is just the upgraded model of the VG49V.

The ASUS ROG Strix XG49VQ display supports HDR with DispalyHDR400 certification meaning that it will support at least true 8-bit color depth, have a peak luminance of at least 400-nits, and have a wider color gamut than the standard – in this case, 125% of the sRGB color space is covered.

This entry-level HDR support will provide you with a small but noticeable boost in image vibrancy and quality which is just a glimpse of what “true” HDR displays can do, though these are significantly more expensive as well.

In short, this means that the monitor is mainly aimed at gaming as the low pixel density makes for deficient screen real estate and text clarity if you plan on using the display for work.

Philips and Dell, however, plan to release 49″ ultrawide monitors with a higher resolution of 5120×1440 pixels for business purposes.

The ASUS ROG Strix XG49VQ supports the AMD FreeSync 2 technology which unlike the first generation requires from a display to support LFC (Low Framerate Compensation).

Basically, this means that even when your FPS rate drops below the lower end of the dynamic refresh rate range, the gaming performance will remain smooth as the frame rates will be doubled.

However, the ASUS ROG Strix XG49VQ FreeSync range is not specified yet.

The monitor will also most likely have the usual features found in ROG gaming monitors such as the GameVisual pre-calibrated picture presets and the GamePlus features such as customizable crosshairs, timers, and an FPS counter.

In addition, the ASUS ROG Strix XG49VQ 144Hz monitor features the ASUS Shadow Boost technology which can brighten up dark parts of the image. The monitor will also support the Picture by Picture mode.

While the previously-announced ASUS VG49V offers the ASUS Extreme Low Motion Blur technology, there’s no mentioned of it when it comes to the XG49VQ model. 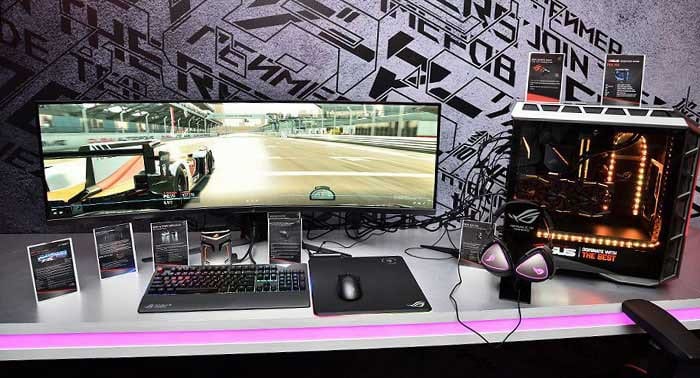 Information regarding the ergonomics and connectivity ports of the ASUS XG49VQ is currently missing. We’ll update the article as soon as the information is available.

Currently, there’s no word on pricing and availability.