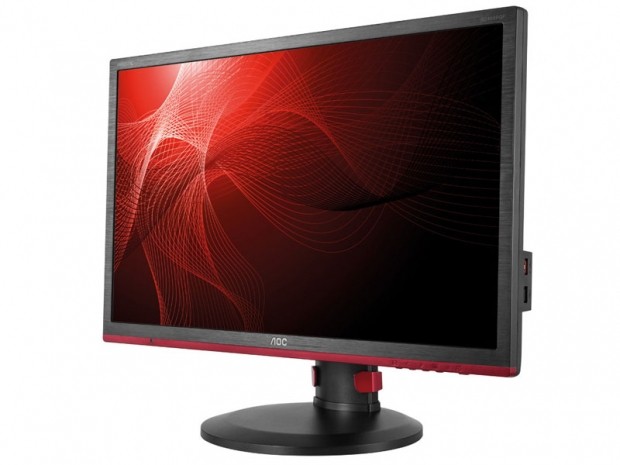 AOC are now joining the adaptive sync party and are releasing two monitors with support for AMD FreeSync. The duo consists of the 24-inch G2460PF model and the 27-inch G2770PF model. Both of the monitors have a resolution of 1920 x 1080 (FHD) and have TN panels. They are targeted at gamers, who want the fastest input lag and response time that you can get, since both monitors offer a 1ms response time and have very low input lag according to AOC.

While many people are turning to IPS panels due to their better color representation and viewing angles, a lot of people still prefer TN panels due to their fast response time and high refresh rate. Spec-wise, both monitors are very similar and budget minded. Both screens have a refresh rate of 144Hz of course, but here comes the interesting part. With FreeSync enabled, the refresh rate of the monitor varies from 48-146Hz. Yes, with FreeSync enabled, you can achieve a refresh rate even higher than the maximum static refresh rate of 144Hz, as seen with several G-SYNC monitors. You need to use either a dual link DVI-D connector or the DisplayPort connector to take advantage of the variable refresh rate up to 146Hz. It makes sense to use the DisplayPort, though, since it is required for FreeSync to work. The G2460PF has a brightness of 350 cd/m2, while the G2770PF has a brightness of 300 cd/m2.

As far as connectors goes, the monitors have a DVI-D, HDMI, DisplayPort and VGA connector. Furthermore, there are four USB slots. The screens can also be mounted on a wall (VESA-compatible) and are fully pivot, swivel and tilt adjustable.