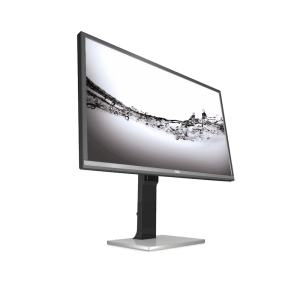 As you might already know, there aren’t really that many 32-inch monitors out there, as it is mostly used by TV’s. One of the few 32-inch monitors out there is the newly released AOC Q3277PQU. This monitor was released simultaneously with the AOC U3277PQU, with the resolution being the major difference between the two. None of these monitors are aimed for gaming purposes, so they won’t make it to our list of the best gaming monitors.

The AOC Q3277PQU features a 2560×1440 resolution, also referred to as WQHD, QHD or simply 1440p. It offers much more screen estate than a Full HD (1080p) resolution and will provide you with a crisper and more detailed image, although not nearly as good as a 4K resolution. Furthermore, the display boasts an AMVA panel, which is a VA-type panel, which will provide you with reduced color washout and improved viewing angles. This display also supports 1.07 billion colors, which means that it uses 10-bit color depth, although not true 10-bit (8-bit with FRC). The screen covers 100 percent of the sRGB color gamut and even more than so. Technologies such as PbP (Picture by Picture) and PiP (Picture in Picture) are also supported. 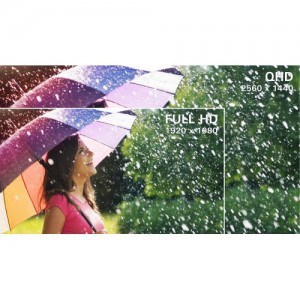 Other noteworthy specs on the AOC Q3277PQU include a 300 cd/m2 brightness, an impressive 3000:1 contrast ratio, 178/178 viewing angles and a 4ms response time. The refresh rate on this monitor is 60Hz, just like the 4K model. This computer screen also includes two 3W speakers for basic sound output.

The stand adjustment options are rich, with support for tilt, swivel, height and pivot adjustments. It is fully VESA mount capable, so you can mount this monitor on a wall if you’d like to or a whole other stand for a multiple monitor setup. This is a good choice for such setups due to the narrow bezels. 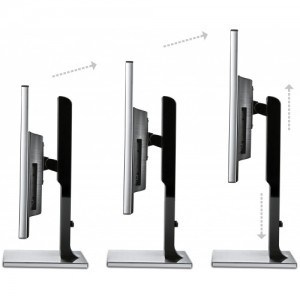