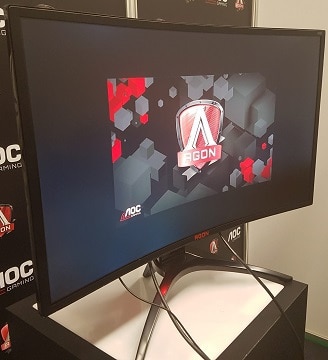 Update: The AOC AG273UG and the rest of the 4K 144Hz gaming monitors should be released by the end of April, according to NVIDIA.

At Gamescom, AOC has revealed that Acer and ASUS won’t be the only ones offering new cutting-edge gaming displays in 2018. First of all, the new AGON III series consists of the AOC AG273QCX and the AOC AG273QCG with the revolutionary 0.5ms response time speed, high refresh rates, and FreeSync 2 HDR and G-SYNC technologies respectively. 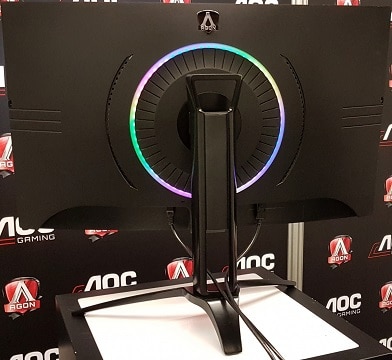 Although ASUS ROG Swift PG27UQ and the Acer Predator X27 had us all excited about the 4K 144Hz and G-SYNC HDR all the way back in January, the AOC AG273UG joins the party just now. All of the 4K 144Hz monitors’ release dates have been delayed for Q3 2018.

More information will follow and we will update the article as soon as something comes up. For now, the AOC AG273UG seems like a worthy and hopefully cheaper alternative to the ASUS and Acer counterparts; And if not, it will at least lower the price of the monitors due to the market competition.

The VA panel delivers incredibly deep black tones thanks to the high static contrast ratio which will in addition to the 100% DCI-P3 color gamut ensure otherworldly picture with true blacks.

Add to that the buttery smooth performance of 200Hz with G-SYNC and the huge 1800R curved ultra-wide display, and you can immerse into gaming like never before. No longer will you have to choose between a high resolution and a high refresh rate.

We have yet to see how the AOC AG353UCG will perform motion blur-wise as VA panels are known to cause perceptible blurring and ghosting in the fast-paced games.

The AOC AG353UCG price is unknown at the moment.

Once we get more information regarding the connectivity, design, features, and everything else, we’ll update the article so, stay tuned!