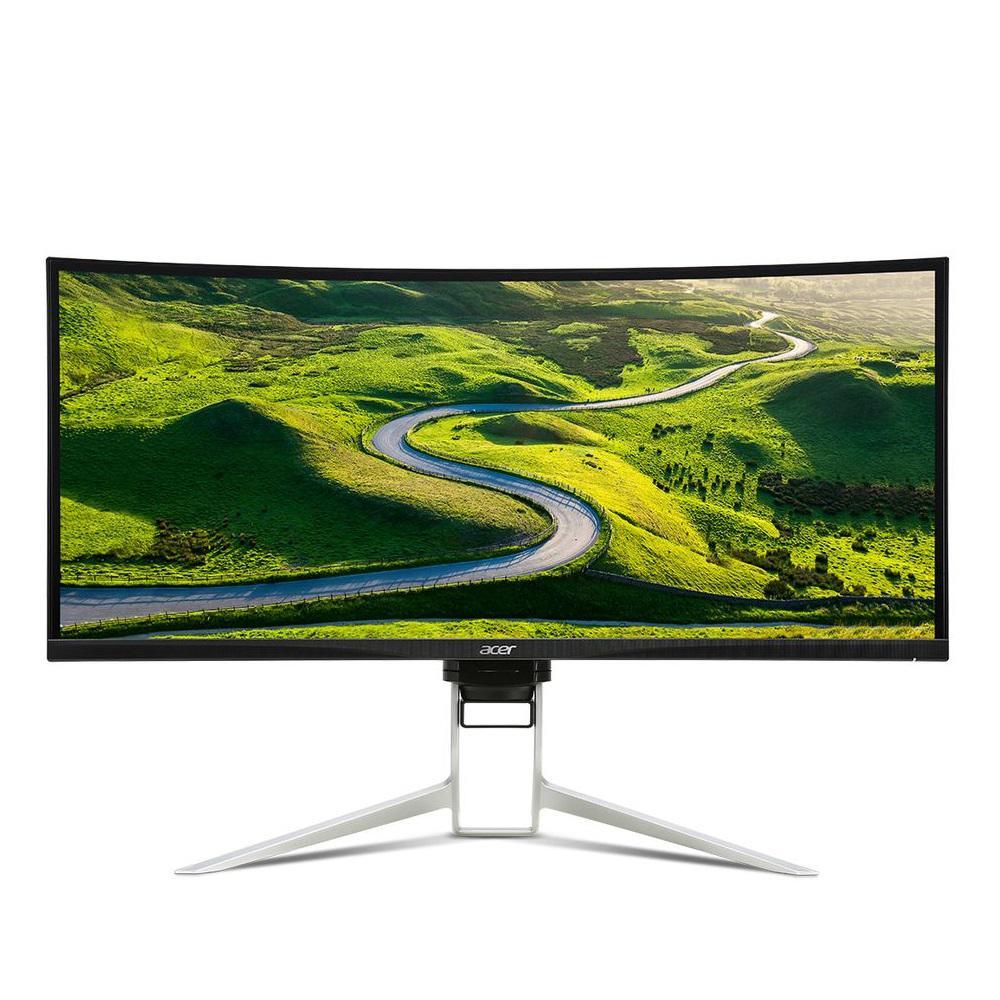 The Acer XR342CK introduces a significantly steeper curve and other new design features. First of all, the curvature is now 1900R instead of 3800R that the previous model, XR341CK offers, which makes the curve of the new Acer XR342CK twice as steep as the older model.
Other design changes includes changes to the bottom bezel around the logo, which results in a more smoother transition to the rest if the bezel. The new stand adds ergonomic features, such as swivel (30° left and right), height and tilt adjustment options. Furthermore, the new model also has a joystick in the form of a JOG button for easy navigation of the menu.
Like the XR341CK, the new XR342CK has a cool ambient light system facing downwards under the monitor, and can be set to different colors, such as blue, green, red, white and can be set to ripple, flash or breath. 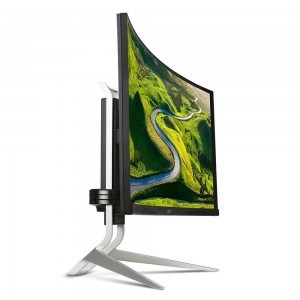 The monitor itself is a 34-inch AH-IPS gaming monitor with a 3440 x 1440 resolution. Furthermore, the display has a 60Hz maximum refresh rate, but supports AMD FreeSync technology, which allows the monitor to dynamically change the refresh rate between 30-75Hz for this specific monitor. Other specifications include a 1000:1 static contrast ratio, 178/178 viewing angles and an expected 300 Nit brightness. 100% of the sRGB color gamut will be covered and it will most likely support 10-bit colors with true 8-bit + FRC technology. The screen will most likely be a matte anti-glare one and we expect a 4ms response time like the handful other IPS monitors being released nowadays. 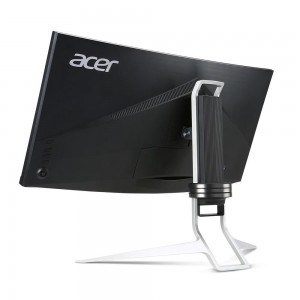 The Acer XR342CK also offers 7W stereo DTS speakers and supports HDMI 1.4, DisplayPort and has four USB 3.0 ports. VESA (100 x 100mm) is also supported. This gaming monitor will be released in March in Europe and the United States shortly after. The price for this promising gaming monitor will start at €1099.