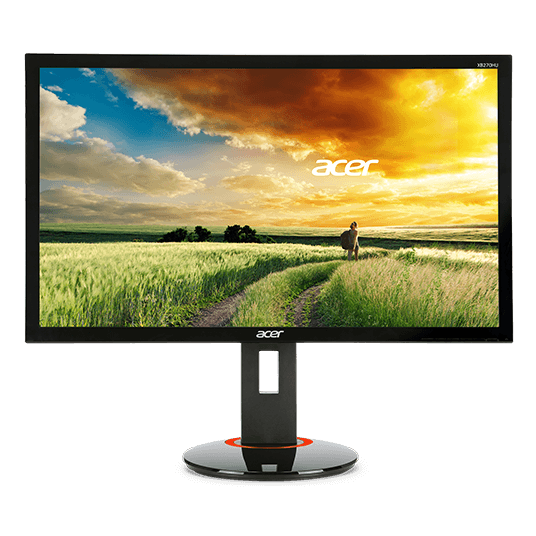 The Acer XB281HK was the odd sheep among the 4K monitors revealed at Computex 2015, simply because its TN panel. The other two, Acer XB271HK and Asus PG27AQ both have IPS panels and are 27 inches. There’s not much to say about this monitor nor the two other 4K monitors, as not many specs have been revealed about them. We will update this article as we get hold of more information from the manufacturer.

What we do know is that this monitor is supposed to be a more “budget-friendly” 4K G-SYNC monitor. I’m not sure if you can call any G-SYNC monitor budget friendly, as it adds roughly $150 to the monitor’s final price because of the hardware module that makes G-SYNC work. It is 28-inches and has a TN panel, which gives it a very little advantage in response time, but far worse color reproduction and viewing angles than IPS panels like the other monitors. This monitor is also a part of the Acer Predator series with other models like the Acer Predator XB270HU and the Acer Predator X34.

The display has a 4K resolution, which means that you can mess around with four times as many pixels as a Full HD display. Yes, that’s right, but with that amount of bandwidth, you’re limited to 60Hz because that’s all DisplayPort 1.2 can do.

Connection options include 4x USB 3.0 ports, a DisplayPort 1.2 port and headphone out port. The USB ports are really nice to have to use with your mouse, keyboard and everything else, like charging your phone for example.

The release date of this monitor is unknown and so is the price. We will keep you updated.