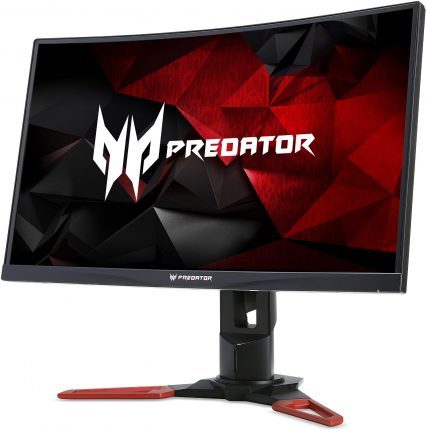 What expect the panel to be a VA panel and we expect a minimum refresh rate of 144Hz. Another thing for sure is that the Z321Q will have an aspect ratio of 16:9, also known as Widescreen. It will not be UltraWide (21:9). We know that 100 percent of sRGB color spectrum will be supported and that height, tilt and swivel adjustment options will be supported. NVIDIA G-SYNC and a 1800R curvature will also be featured, like we just mentioned. Also, 2x 7W speakers will be built in and the display will also feature Acer VisualCare technologies, which includes Acer Flicker-less, BlueLightShield, Low-dimming technologies and ComfyView.

You can see a visual introduction to this gaming display and the others in the Z1 gaming monitor series by Acer in the video below.