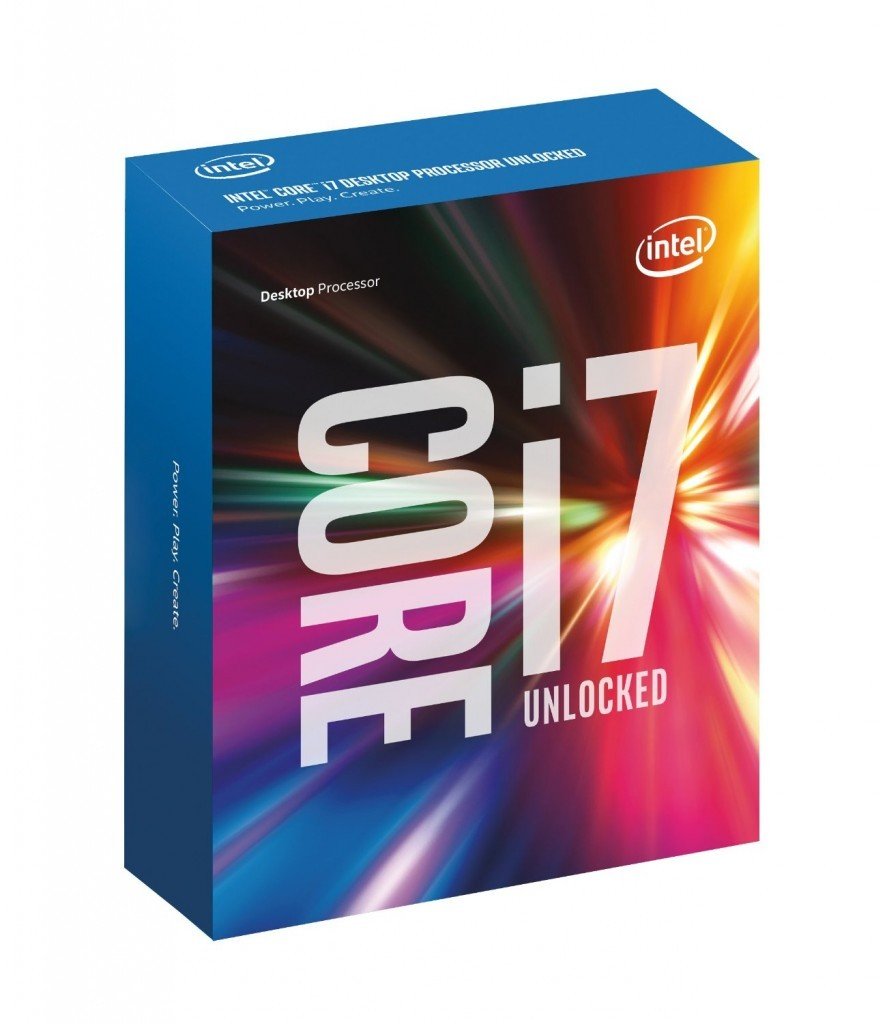 All of you have heard of the processor, also called CPU (Central Processing Unit), but just how important is a CPU towards your gaming experience or just the speed of your PC in general?

The answer to both these questions is a lot.

If you don’t feel like spending lots of time digging through tons of benchmarks, or you are not confident that you can pick the best gaming CPU or best CPU for the money yourself, then fear not. We have done all the homework and the CPU’s listed below are the best desktop CPUs you can get for different price points and worth putting into your new or upgraded rig.

The CPU is the hardest working component of your PC. It runs your operating system and programs. Some games, like for instance Battlefield 1, are CPU-intensive and require a powerful CPU in order to get high frame rates. CPU’s can also be overclocked, which means that you can get more performance, but they produce more heat in return, and you are going to need a good CPU cooler for that as well as efficient thermal paste.

Disclaimer: Clicking on a product name link will bring to you to the appropriate Amazon.com (.co.uk, .de, etc) product listing, where you can check the price, customer reviews and more information about the product or similar products.

As a side note, be sure to pair your best CPU with a good graphics card and a CPU cooler as well if you intend to overclock your CPU. A good gaming monitor is also highly recommended to give you a better gaming experience. 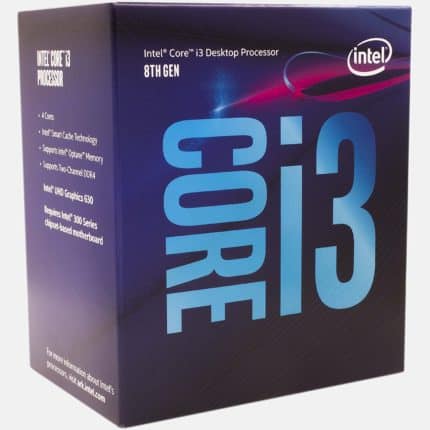 For gamers with a lower budget, an entry-level CPU is an excellent option in most gaming scenarios, because they will not hinder your graphics card in doing its job by not using much power. First off, we have the AMD FX-6300, an excellent pick from AMD that consumes 95W. That should leave more than enough power for your GPU if you have a decent power supply unit.

If you don’t want to spend a lot of money on a gaming computer, then choosing this CPU will leave more money for your GPU which will give you a much better in-game performance. This might even be the best budget CPU for gaming 2017 because most modern games are GPU-based anyways and this CPU is very cheap and cost-effective.

The AMD FX-6300 is a great 6-core CPU that is overclockable as well and is relatively cheap. It has a base clock of 3.5 GHz, but can be turbo boosted up to 4.1GHz. It has an L3 cache of 8MB as well. The FX-6300 uses the AM3+ socket and is based on 32-nm technology and the Vishera architecture. The processor can easily be considered the best budget AMD processor for gaming under 100 USD.

For budget CPUs over $100, you’re left with a tough choice between the Ryzen 3 1300X and the Intel i3 8100. Thanks to AMD’s cost-effective Ryzen series processors, Intel was forced to release new CPUs as well. Consequently, Intel’s 8th generation of budget i3 processors now features four cores as opposed to the previous 2-core builds. Furthermore, the i3-8100 provides you with up to 3.6 GHz frequency and it’s available for an affordable price, the only thing is – it requires Intel 300 series chipset available on the new Z370 motherboards.

So, if you plan to upgrade your motherboard as well, getting the Intel Core i3-8100 is the best CPU for the money since most of the video games are optimized for no more than four cores and with 3.6 GHz the processor will bottleneck most of the budget-series GPUs.

The Ryzen 3 1300X, on the other hand, uses the AM4 socket, so if you already have a compatible motherboard, it will be much cheaper for you to go the AMD route. The CPU is based on the cutting-edge Zen architecture, uses 65W of power, and comes with a high-quality Wraith Stealth cooler. It’s also based on a 4-core/4-thread build and offers more-than-decent frequency of 3.5 GHz base clock and 3.7GHz max precision boost clock. Overall, it’s a great deal worth every penny which was a very nice surprise by AMD once it was released.

Either one of these two CPUs will provide you with an excellent performance in video games. If your budget is somewhere in-between the AMD FX-6300 and the Ryzen 3 1300X, then the Ryzen 3 1200 is for you with the same 4-core/4-thread build and slightly lower frequencies at 3.1 GHz base and 3.4 GHz boost. 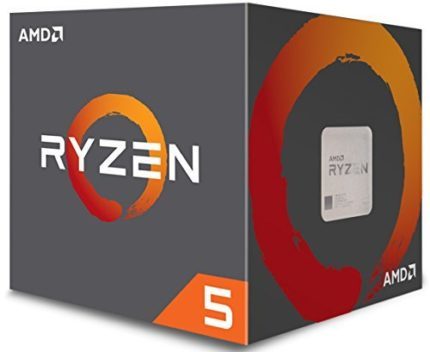 This tier is comprised of better-performing CPU’s than the previous ones, but are naturally more expensive as well. They aren’t quite as powerful as the ones in the high-end tier, but they are more than powerful enough to deliver an ideal gaming performance.

These CPU’s cost around $200, which is well fitted for those with a moderate budget. Moreover, with these gaming CPUs, you won’t have to worry about replacing them anytime soon, as they won’t bottleneck any graphics card in the same price range.

For an extra $80 to the price of the i3-8100, you could settle with the Intel Core i5-7600K for a long time. Nowadays, it is considered as the best mainstream CPU as well as the best gaming CPU for the money. It will serve you well all the way up to Nvidia GTX 1080 GPU where it could be considered as the bottleneck, although that largely depends on the video game as well.

With a proper gaming motherboard and cooling, you can effortlessly overclock it up to 4.8 GHz. It also features 4-core and 4-thread build but offers considerably faster native frequency of 3.8 GHz and turbo-boost of 4.2 GHz.

Some modern games can utilize more than four cores, though. That’s why Intel’s 8th generation Core i5 CPUs offers six cores and six threads. The Intel Core i5-8600K also has a bit faster boost frequency at 4.3 GHz and it’s ~$45 more expensive than the i5-7600K. If you play CPU sensitive games which efficiently utilize more cores, then the 8600K is definitely worth the extra cost.

In case the i5-8600K is out of your budget and you like to stream while you’re playing and have multiple other applications open at the same time, and could really use a 6-core CPU, AMD has a solution for you. The AMD Ryzen 5 1600 is even cheaper than the i5-7600K yet it features six cores and 12 threads, but it has a slower frequency at 3.6 GHz.

Overall, it will provide you with a smooth gaming experience and even smoother workload activities such as rendering, multitasking, etc. If you both game and work on your PC and want to save some cash, the Ryzen 5 1600 is made just for you. For an extra $30, you may also want to consider the AMD Ryzen 5 1600X with the same 6-core/12-thread built as the R5 1600 model but a faster clock rate boost of 4.0 GHz. 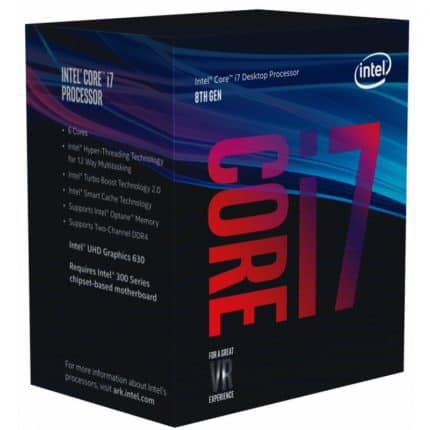 If you’re a really serious gamer looking for the fastest CPU for gaming available in 2017, look no further than the Intel Core i7-8700K. It features 6-cores 12-threads, just as many as you need, and a rapid 4.7 GHz turbo frequency. With proper cooling, you can easily overclock this bad boy to over 5 GHz. It’s based 14 nm technology, Coffe Lake architecture, and offers integrated Intel HD graphics 630

Although future-proof and insanely quick, the Intel Core i7-8700K CPU will likely overkill your setup, depending on what video games you play. So, if you’re on a fixed budget, you may want to consider investing in a graphics card and go with a mid-range processor. If you want the fastest overclocked CPU for gaming, the i7-8700K is the way to go.

Once again, if you’re not looking for a CPU primarily for gaming, you should consider the AMD Ryzen 7 1700 as the cheaper and more efficient alternative for multi-core workstations as well as smooth gameplay. It’s quite cheaper (by $100) yet it offers 8 cores and 16 threads as opposed to the 6-core 12-thread build of the i7-8700K CPU.

It even consumes less power and offers quite fast boost frequency of 3.7 GHz. Moreover, it comes with the Wraith Cooler which delivers an astonishing performance regardless of the fact that it’s just a stock cooler. You can also get the MSI X370 mobo, which can be considered as the best gaming motherboard for the AMD Ryzen processors, as a bundle deal along the CPU and cooler.

Note that the AMD Ryzen 7 1800X costs $40 more than the R7 1700, yet it doesn’t come with the stock cooler and with proper overclocking – you can get the R7 1700 to work as good as the non-overclocked R7 1800X. Therefore, we recommend either the i7-8700K as the best Intel CPU for gaming in 2017, or the Ryzen 7 1700 as the best AMD counterpart more suited for multi-threaded tasks and video rendering aside gaming. Both CPU’s offer fantastic value/price and will serve you good for a long time.

When it comes to gaming, you shouldn’t go for any more expensive CPU than these as you wouldn’t benefit much from it, or even not at all – well, at least for now as most video games don’t utilize the full potential of more than four cores. Some are still limited to dual-core processors and very few use up to eight cores. Unless your work requires a powerful CPU with over 8 cores, you won’t gain anything by getting a 10-core CPU. Find out how many cores your favorite games, or games that you want to play, use and get a fitting CPU – that way, you can save some cash and invest into a good graphics card too.

In 2017, AMD released the surprisingly good and valuable Ryzen series of CPUs which blew the Broadwell-E processors out of the water in terms of performance/value. Intel responded by releasing the new Sky Lake-X series with 4, 6, 8, and 10-core processors to battle the Ryzen; however, the alluring price and performance combination of Ryzen CPUs was unmatched. Intel’s 8th Generation Coffee Lake processors, however, were one of Intel’s biggest leaps in terms of subsequent CPU upgrade.

Now, both companies offer compelling products, and you can pick with a peace of mind that you’ll get a high-quality CPU for an affordable price either way. Pick depending on whether you want the best gaming performance (Intel) or an excellent performance in gaming and superior performance for workstations (AMD Ryzen).

Intel has released even more powerful Skylake-X CPUs ranging from 12 to 18 cores for workstation purposes.

According to Taiwanese motherboard manufacturers, the 9th generation of Intel processors should include 8-core mainstream CPUs such as the rumored Intel Core i7-9700K with eight cores and sixteen threads based on the Cannon Lake architecture. Intel’s 9th generation may also include i3 CPUs with a 4-core/8-thread build as well as i5 processors with 6-cores/12-threads. As soon as more information is available, we’ll update the article, so stay tuned.

When it comes to gaming, you can safely get any of the CPU’s ranging from the mid-range to the high-end listed here and enjoy the flawless gameplay performance. In fact, even the i3-8100 and the Ryzen 3 1300X from the budget series now offer the same gaming performance as $200+ CPUs did not so long ago.

Feel free to visit us again, as we will keep the list updated with the best deals and ensure you get the best performance at reasonable and affordable prices.